TIFF 2017: Who needs celebs when you can interview legendary Hollywood hustler Scotty Bowers? 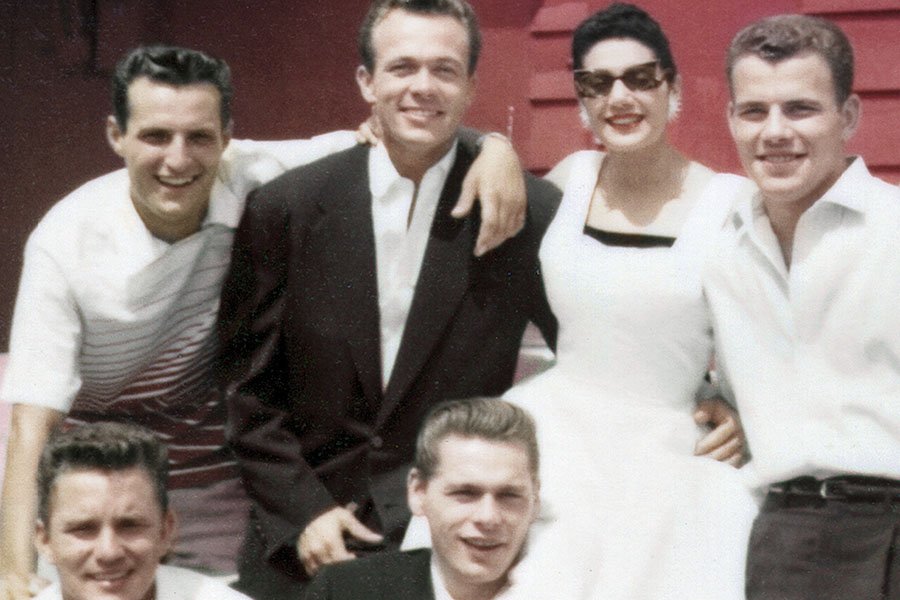 It’s hard to imagine any of the movie stars in town for the Toronto International Film Festival giving as candid an interview as Scotty Bowers.

The 94-year-old was the go-to guy for closeted actors, directors and other movie industry types in the late 40s and 50s looking for action on the low. Known as the “pimp to the stars” – though he never accepted money from his tricks – Bowers had a reputation as an elusive figure until he published the memoir Full Service in 2012.

The book is unique in that it not only names names, but it provides intimate details of who liked what and how in the sack. After serving in the Marines in World War II, Bowers started working at a gas station on Hollywood Boulevard. A fateful meeting with Canadian actor Walter Pidgeon turned into a full-time job as a hustler as his anything-goes reputation quickly spread. Almost immediately the gas station became the place where in-the-know Los Angeles glitterati went to escape the strict moral codes governing public life.

Bowers is now the subject of filmmaker Matt Tyrnauer’s documentary Scotty And The Secret History Of Hollywood, which world premiered to a sold-out audience at TIFF last weekend. It serves up plenty of tidbits on dead celebrities such as Katherine Hepburn, Spencer Tracy, Charles Laughton and Ava Gardner, but the director – whose credits include Valentino: The Last Emperor and Citizen Jane: Battle For The City – is more interested in the atmosphere of the times and the ways Bowers subverts preconceived notions of what life was like for queer people in an era before labels.

When NOW sat down with Bowers – on his first trip to Canada – and Tyrnauer during TIFF, it wasn’t hard to see why the director pursued him for a doc. Sitting in the lounge area of an upscale King West cocktail bar, the ex-escort appeared more frail than he does in the film but was just as bright-eyed, wily and blunt.

More to the point, he has zero filter. Bowers is full of anecdotes and obscure gay slang references, which he happily rhymed off, unprompted. And though his sexual fluidity and casual attitude toward discussing sex might make him seem atypical, there is an unassuming machismo about him that is equally unapologetic.

Who needs a boring, media-trained celeb when you can interview Scotty Bowers?

How was the world premiere? Were you expecting the film would get polarized reactions similar to the book?

Scotty Bowers: Everybody that spoke to me [after the world-premiere screening] said “Thank you, it was great.” Sometimes there are people that like and people that don’t like it.

Scotty, did you ever feel pressure to identify as one thing or the other?

Bowers: People used to say whatever you think I am then, what the hell? That’s the way it is. I’m not answering any question. And that’s the way it should be because people are going to think whatever they want anyhow. Just go ahead and feel what you want. Don’t change.

Bowers: I always try to associate with people who are on the ball in that way, too, rather than wanting to be one way. Some people are very one way about everything.

Tyrnauer: He’s so ahead of his time. When I was growing up, it was the era of labels, and I think that’s going away. Especially in the 80s, it was like, “You have to be out and you have to be gay and you have to declare.” People would jokingly say, “I’m not on your team,” or “He’s on the other team.” Scotty is so beyond that. We were told by [sexologist Albert] Kinsey that sexuality is a spectrum. Why can’t we just relax and not have to declare who we are sexually and silo ourselves?

Tyrnauer: You were marching to your own drummer years before Kinsey, and generations before millennials seemed to reject labels.

The movie goes into specific, intimate details around people’s sex lives in order to humanize these celebrities who we’ve been told are one thing.  Should famous people be more open about sex?

Bowers: A lot of them would’ve liked to, but back in those days they were not in the position, to be honest. [Today] I don’t think they should become a bunch of squares and announce it. Let people pick up on it. That’s the way I look at it. But these people all of a sudden want to make an announcement. Go along and everything will work out.

Tyrnauer: His zen attitude always astonishes. Scotty is so live and let live. I was amazed by it and inspired. Why do we have to be so rigid about it all? Scotty presents a more relaxed, organic state of being. It’s a great relief to be around him.

There still seems to be a financial imperative for the big stars to stay closeted. Do you agree?

Tyrnauer: Hollywood is a business, and I think the movie tries to unpack that a little. I think we’re reaching a point of modernity where it won’t matter. That’s a fascinating question to ponder, but it’s a bit outside the scope of this film. It’s important for people to understand what came before the present. Hollywood tends to erase its history, Los Angeles tends to erase its history and gay culture had to cover its tracks. This [film] is a good reminder of the way things were.

The doc touches on the costume designer Orry-Kelly, who was also the subject of a recent documentary. It seemed like a lot of the guys who frequented your gas station were very macho. What was it like for more effeminate guys back then?

Bowers: This is what I liked about Orry: during World War II if there were two or three Marines together and you liked one of them, you’d try to separate them. If there were six Marines together Orry’d go up and say, “If you guys are going on a date tonight, you’re scroungy, come up the house, shower, clean up and then go on your date.” They’d have a drink, maybe a bite to eat, and maybe one guy would stay there. The other guys would go out looking for cock. And he’d say, “If nothing happens don’t forget to come on back.” Well, nothing happened so they all came back. He ended up with every goddamn one of them! Most queens would try and separate guys. Orry’d take a dozen fuckin’ people back to his house.

This film is like the antithesis of Kenneth Anger’s Hollywood Babylon, which was very unseemly and some have refuted it. What did you think of that book?

Tyrnauer: Did you read Hollywood Babylon?

Bowers: No, but I remember it. That reminded me of two places: The Garden of Allah [hotel] and Schwab’s drugstore. Schwab’s was the office of every young actor, in that they got their calls through the pay phone there so I’d be hanging around there.

Tyrnauer: My parents had it when I was a kid and I used to look at it. It is very lurid, and lurid is the last word I’d apply to Scotty. He’s the most upbeat, soulful, accepting person I’ve met in my life. There’s nothing sinister about him. The movie can’t help but show that because that’s the way he is. Everyone we encounter from his past immediately tells you that and wants you to know.

Did Stonewall have a big impact in Los Angeles?

Tyrnauer: I call the movie the history of Hollywood in the pre-Stonewall era, but that’s just a marker for people. It’s almost a metaphor for a shift that happened after the summer of love and sexual revolution. Gay people were finding their voice and Scotty’s world utterly changes because his world was a world of secrecy.

One of the big lessons I learned in research is that it was a very special world, but it was a closed one. It afforded people a lot of freedom within its confines. People who didn’t live through the 50s or early 60s might think no one had sex and everyone was like June and Ward Cleaver. You know what? They were really dirty back then and the secrecy made it more exciting and naughtier. I’m not saying it’s good or bad but the world utterly transformed in the late 60s. Scotty is the most adaptable person, so he adapted to that.

Bowers: I can see and always have been able to see why guys that aren’t outright gay become gay. There’s a lot of guys who were not gay and all of a sudden leaned in that direction, rather than stay with some chick. “She wants this, she wants that.” Fuckin’ women are basically all alike.

Bowers: You go to dinner where they want to go to dinner, whether or not they give you a choice ahead of time.

I know plenty of guys who can be like that.

So what’s the craziest thing you’ve ever seen in Los Angeles?

Bowers: I’ve seen a lot of crazy things, but nothing surprises me. I remember a judge that lived in Los Feliz. He liked me to fuck his wife. They had a little slope and it was muddy. I’d get a rope and he’d [climb up it and] get almost to the top and slide back again. So he’d be looking up at his window while I’m fucking his wife like he’s trying to save her. He had to go through all that – a muddy slope and a rope tied to pull him back down so he’d only get so far. This was his scene once a week. A lot of people did that – they created a whole scene.

Do you have any comparable stories?

Tyrnauer: In the sexual realm? No! Certainly the scales have fallen from my eyes after spending time with Scotty. I’m an L.A. native and the weirdness of Los Angeles has always appealed to me. L.A. gets a really bad reputation as a shallow place – as La La Land. It’s the place where the facades of our time are created. What lurked beneath was always fascinating to me as this overly observational kid growing up in Brentwood from a family where my father was a TV producer and writer. I’ve always loved the meta-narrative of Hollywood.

Bowers: You mentioned la la. You know what la la is? La la is money. I’ve known two ladies whose name was Lala – they’re both from Argentina. When we were kids in Chicago you know what the queens were called?

Bowers: That’s what they created. I was downtown at the theatre and this jelly bean crawled down the aisle and sucked my cock.