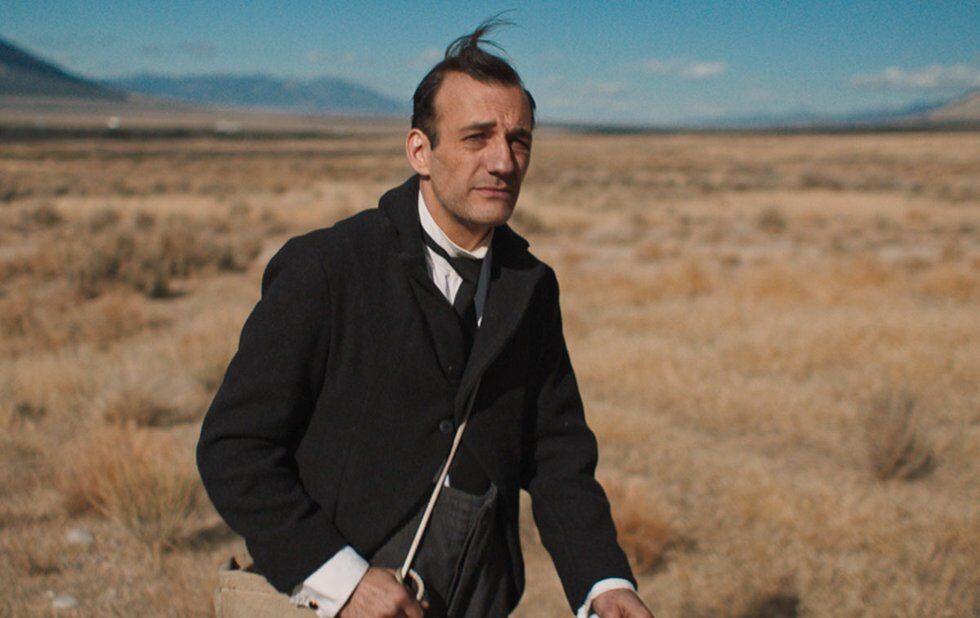 Giroux, whose modestly scaled Montreal romance Félix & Meira was named best Canadian Feature at TIFF 2014, delivers an allegorical statement on the state of the world today. It’s ambitious, it’s risky and it does not work at all.

Félix’s Martin Dubreuil stars as Philippe, a Quebecois Charlie Chaplin impersonator trying to escape a nightmare version of America where money is scarce, goodwill is more so and people’s worst instincts are given free rein – mostly in the form of cruelty, but occasionally through long, pretentious speeches about power and resistance.

Despite the best efforts of the actors (including Sarah Gadon and Roman Duris), it’s an ungodly mess: the kind of movie where someone dances blissfully in the desert to Everybody Hurts for a minute and a half, and you want to set the theatre on fire as your own act of defiance.