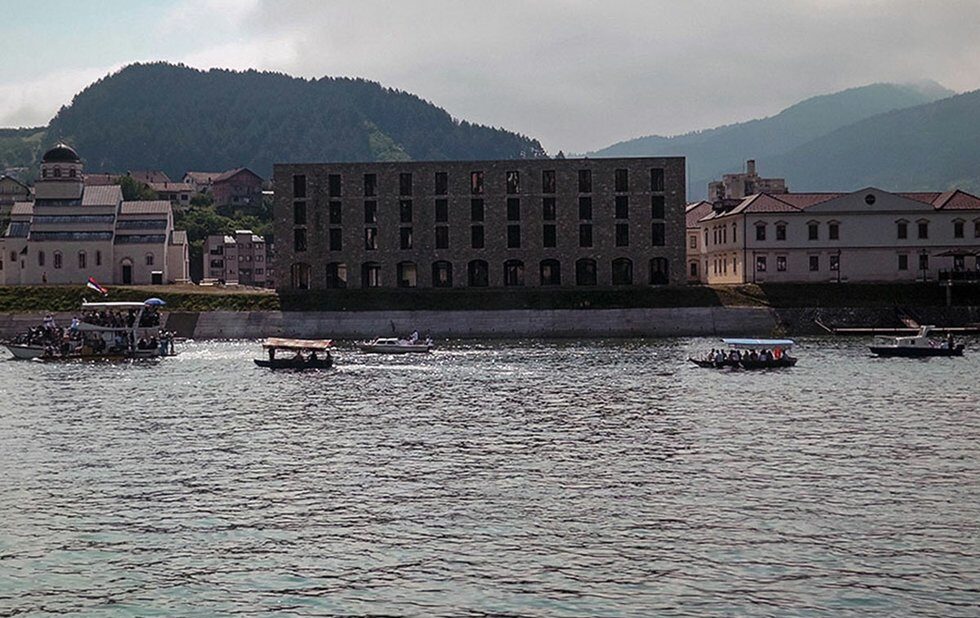 In these troubled times, is it possible to escape politics with a vacation? Not in Bosnian-Canadian filmmaker Drljaca’s drôle documentary, which explores four places in Bosnia-Herzegovina where tourism is being used to revive local economies.

Drljaca’s wide shots of parks, pools, concerts, statues and cityscapes are narrated by local officials who provide context sometimes coloured by their own views of war and history. We get a tour of a town built in honour of Nobel-winning writer Ivo Andrić, as well as Medjugorje, a hot spot for Catholics hoping to catch a vision of the Virgin Mary. When the camera does move, it’s often graceful, as in the particularly beautiful sequence along a river in Visegrád. It’s a timely film given recent debates around public monuments and who we decide to memorialize, but Drljaca keeps a cool distance. His calm, God-like perspective results in beautiful composition and a few surreal moments, but also a stylized ambivalence.