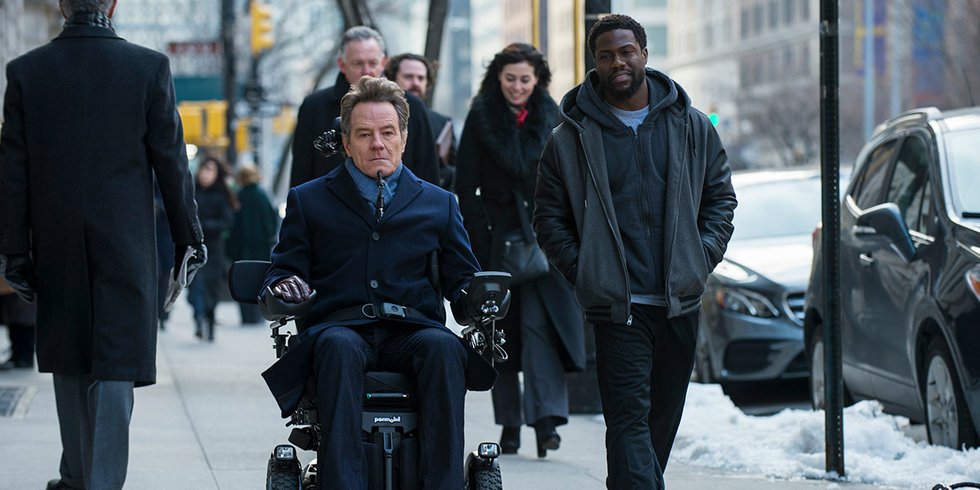 Kevin Hart deserves better. You see it in the sensitive, warm moments in The Upside, where he plays ex-con and deadbeat dad Dell who yearns to do right by his young son. Hart’s performance in scenes that don’t require him to be wacky are proof that the loud, motormouth comedian can – and is eager to – tug quietly at your emotions.

Perhaps that eagerness – to be taken seriously, to be liked – is why he’s willing to make his dramatic debut in a crowd-pleaser that also gets him to riff on his comic brand while reinforcing racial tropes easily consumed by the masses.

In The Upside, Dell stumbles into a second-chance gig caring for a miserable, white and obscenely rich paraplegic played by Bryan Cranston. It’s the Driving Miss Daisy formula repurposed by the 2011 French hit the Intouchables and then remade back to its American roots here.

Hart and Cranston share just the right chemistry in a wrong-headed high-fantasy scenario. The movie tries to smooth over the troubling stereotypes from the French film while showing us its awareness with the story’s problems a Huckleberry Finn first edition plays a part, and at one point Cranston’s Phil gets to roll his eyes when Dell is asked about being Black in America.

The movie has a more difficult time negotiating its sensitivity toward disability, with an extended, crude joke involving a catheter.