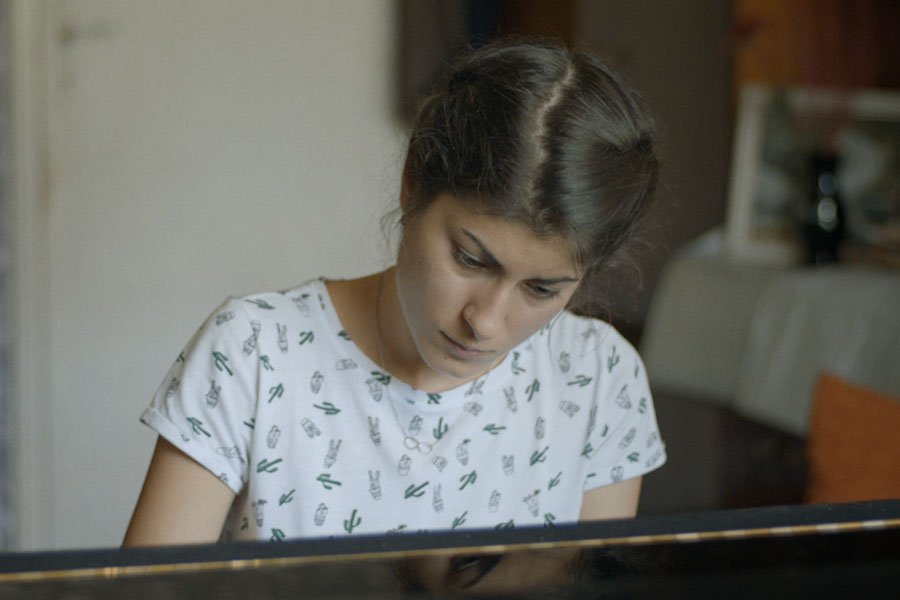 Piano student Mila (Mila Mihova) is one summer and one audition away from moving to Germany to study, leaving behind her precocious younger brother Niki (Nikolay Mashalov) and their detached father Todor (Todor Veltchev), an astrophysicist.

The family dynamics gradually come into focus in several conversational sequences, often featuring walking and talking. Metev and cinematographer Julian Atanassov film the non-professional cast in couplets framed in a 4:3 aspect ratio, centering one person or blocking out the other in an effect tantamount to in-camera editing that gives 3/4 a brisk and airy pace, but also a quiet sense of alienation and loss.

The most charming scenes are between Mihova and Mashalov as they drift through the warm and sunny streets of Sofia. Upset that she is leaving, he antagonizes her, which she counters by attempting to draw out his sense empathy and he rebuffs with a wall of boyish insolence. Meanwhile, her anxieties cause her to stiffen up in piano practice, and Todor is too busy life-coaching a similarly apprehensive student (Alexander Kurtenkov) to notice.

These seemingly small moments are magnified by a sense of lived-in intimacy (the cast apparently workshopped their roles for a year) that Metev cannily observes in ways that avoid equating understatement with wan arthouse realism.