TIFF 2018: Five things you missed at the Monsters And Men premiere 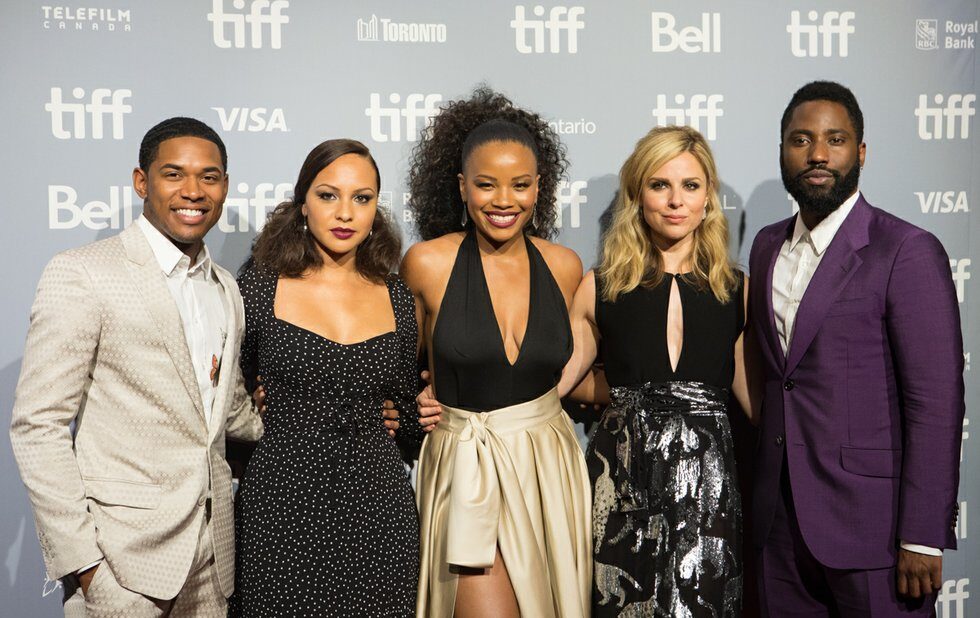 Monsters And Men premiered earlier this year at Sundance, but Reinaldo Marcus Green’s drama about the aftermath of a police officer killing an unarmed Black man in Brooklyn was one of the most anticipated screenings of TIFF’s opening night – mostly because Drake was scheduled to introduce the film. Then yesterday morning, Drake cancelled due to “scheduling commitments on his current tour.”

While that definitely took away some of the buzz – you could hear the audience groan when TIFF programmer Robyn Citizen announced before the film that Drake wouldn’t be present – cast members John David Washington, Kelvin Harrison Jr., Chanté Adams, Jasmine Cephas Jones and Cara Buono were there to chat about their own experiences with police, the extensive research for their roles, and the inspiration behind the film.

Here are five things you missed at the premiere of Monsters And Men.

Although Drake, who is an executive producer on the film, wasn’t there in the flesh, he did send along a short video. Decked out in a black windbreaker, he said he was “honoured to be part of something that continues an important conversation.” This is notable because Drake has been criticized in the past for not being more vocal about the Black Lives Matter movement. In 2016, Drake broke his silence and penned an open letter (on Instagram, because where else?) condemning police violence against Black communities in the wake of the killing of Alton Sterling.

2.  Drake wasn’t there, but Jagmeet Singh was

The premiere brought out a few A-listers, including NDP leader Jagmeet Singh and his wife, Gurkiran Kaur, rapper and music exec Kardinal Offishall and former Raptor and movie buff, Patrick Patterson. (Patterson is a TIFF die-hard and made it to both the Greta and Monsters and Men premieres last night. He has tickets for 16 more films during the festival.)

3. The film was inspired by a real conversation Green had with a cop friend about Eric Garner

Green wasn’t at the screening – he’s currently filming his next project in Jamaica – but Citizen read a statement from the writer/director. Green was inspired to write Monsters And Men after a conversation with a police officer friend from Staten Island about the killing of Eric Garner. They had both watched the video of the killing and disagreed about what they thought happened. “The film came out of that conversation and [thinking] what can I do as a citizen? We cannot stay idle,” wrote Green.

John David Washington (BlacKkKlansman, The Old Man and the Gun) plays a police officer who is forced to grapple with institutional racism within the force and how his Black friends and greater community view his role in perpetuating it. When asked during the post-screening Q&A about the cast members’ own experiences with the police, Washington said he’s been targeted because of the colour of his skin. “I’ve had some unmerited questioning [by police] based on the colour of my skin, the colour of my car, the tint of my windows or the music I was listening to,” he said. He recalled being pulled over once a teenager and switching his mix CD – “do you remember CDs?” he joked – to a rock and roll song because he thought it would be more appealing to an officer.

To prep for their roles, Washington and co-star Cara Buono, who plays his police partner, spent a month shadowing Brooklyn police officers. During his first ride-along, Washington played basketball with the police and some local kids – which is a scene in the film – and then was called to a murder crime scene. Chanté Adams says she watched Whose Streets?, a documentary about the Ferguson protests, to prepare for her role as an front-line activist.