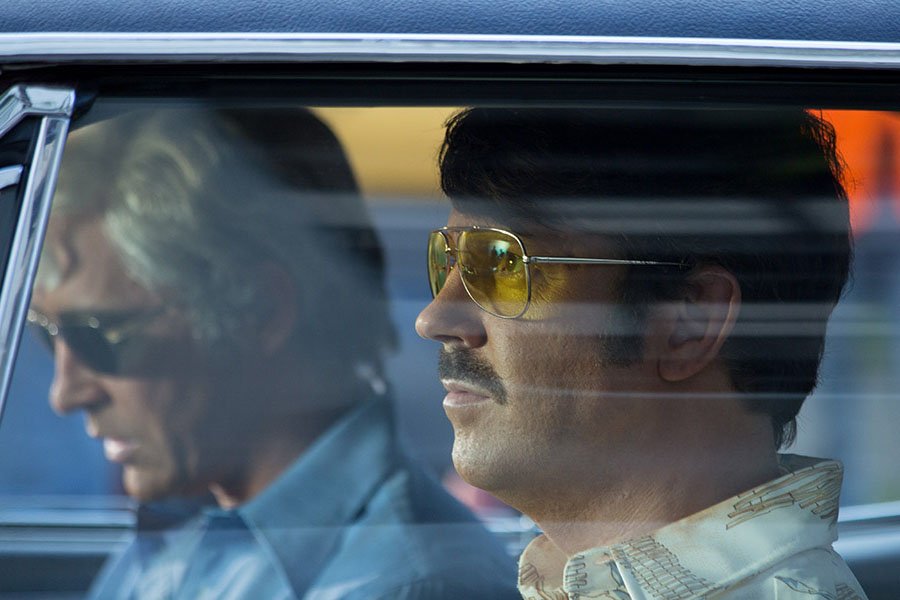 John DeLorean tried to revolutionize the American motor industry in the disco era with a futuristic sports car, only to see his business collapse after he was arrested by the FBI in a drug sting. Colin Bateman’s script for Driven comes at the story sideways, focusing on the petty hustler (Jason Sudeikis) who brought DeLorean (Lee Pace) to the feds in the first place.

It’s a perfectly cromulent crime-doesn’t-pay narrative, elevated slightly by director Hamm’s unapologetic love of period kitsch and engaging performances from Sudeikis and Ant-Man co-stars Judy Greer and Corey Stoll as our hero’s wife and FBI handler, neither of whom have all that much time for his bullshit. Pace’s DeLorean is a little more stilted, but that’s a valid interpretation of the narcissistic designer, a bit of a bullshitter himself.

The structure of the story means we don’t see nearly enough of the car, which would achieve pop-culture immortality through the Back To The Future films – long after all of this blew over.