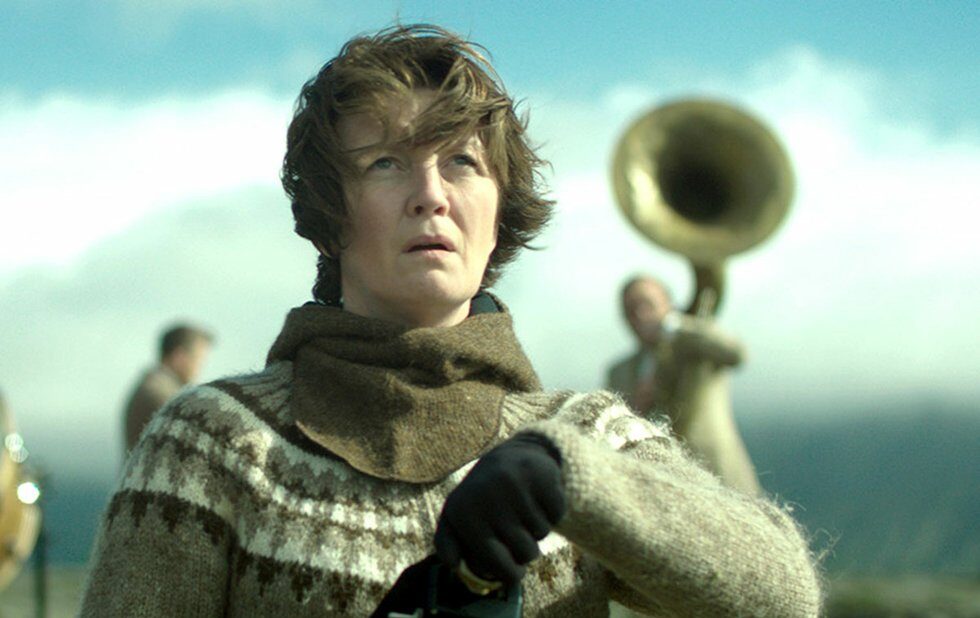 Woman At War is what youd get if you engineered an art-house delight in a lab: all the qualities that should come through naturally instead feel chilly and calculated. The storys interesting and star Halldora Geirharsdottir is winning, but the execution borders on insufferable.

Geirharsdottirs 40-something Halla is an unassuming choir director who moonlights as an eco-warrior, working to cripple Reykjaviks power grid. The news that shes been approved to adopt a little girl from Ukraine forces her to re-evaluate her activism. Can she care for a child if shes risking her freedom by fighting the government?

Director/co-writer Erlingsson (Of Horses And Men) cranks up the whimsy with a series of meta-textual flourishes (Halla is followed around by a deadpan trio of musicians playing the films score! What a lark!), but all hes doing is telling us not to invest in Hallas story, or the moral questions it raises, since shes living in a cartoon where nothing really matters.