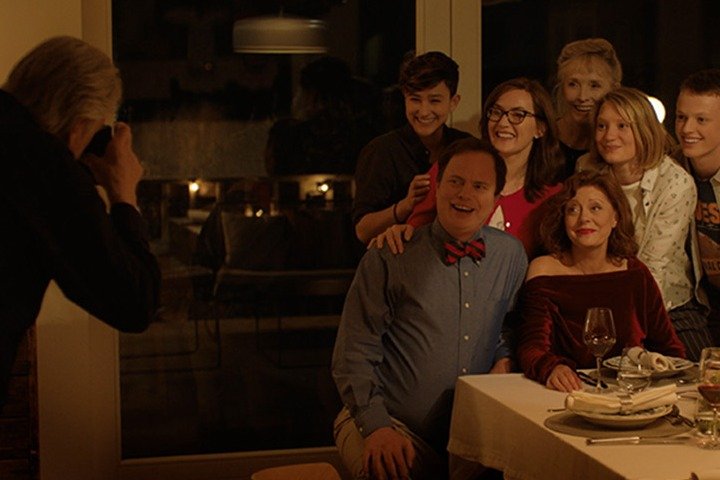 A family comes together to celebrate the life of their matriarch – who’s planning to end her life before her unspecified illness can render her helpless – in this sterile all-star English-language remake of the 2014 Danish melodrama Silent Heart, with Christian Torpe rewriting his own screenplay.

Susan Sarandon plays the dying Lily Sam Neill is her supportive but heartbroken husband Paul. Lindsay Duncan is their lifelong friend Liz, Kate Winslet and Mia Wasikowska are their daughters, controlling Jennifer and wild-child Anna, with Rainn Wilson and Bex Taylor-Klaus as their respective partners and Anson Boon as Lily’s grandson Jonathan.

Michell (Everlasting Love, My Cousin Rachel) chooses a theatrical aesthetic, blocking his actors within the stark layout of Lily and Paul’s sprawling seaside home as though they were moving around in front an audience. Some of the performances tend toward the stagey, as well, with Winslet’s twitchy mannerisms and Wasikowska’s hair-trigger rage clashing with the older actors’ smaller choices.

Seek out the original it had more to say, and said it much more eloquently.