Jeff Barnaby's ingenious variation on the zombie movie is visually striking, but its structural leaps and sudden tonal changes work against it 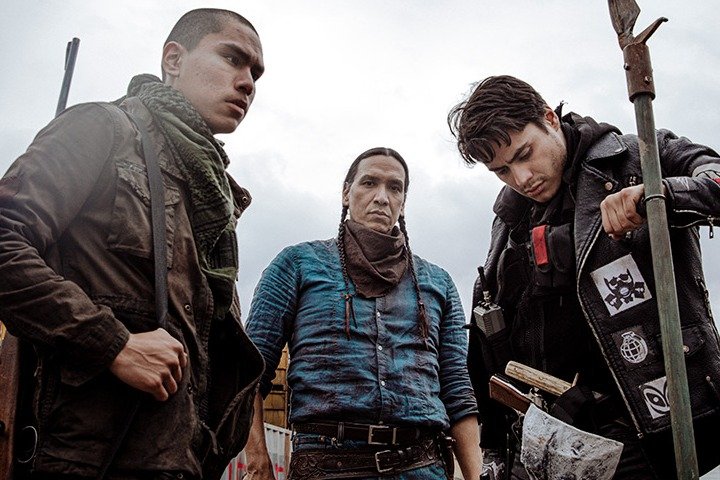 Six years after the breakout of Rhymes For Young Ghouls, Mi’kmaq writer/director Barnaby returns with an ingenious variation on the zombie movie: when the dead walk, an Indigenous community immune to the plague walls itself off from the outside world – and must decide whether to take in white survivors.

Barnaby has an eye for striking visuals, and you can feel his joy in putting actors like Michael Greyeyes, Elle-Máijá Tailfeathers, Forrest Goodluck, Kiowa Gordon and Gary Farmer front and centre in a genre project. (Barnaby’s Rhymes star Kawennàhare Devery Jacobs turns up too, if far too briefly.)

But Blood Quantum is also kind of a mess, with structural leaps and sudden tonal changes that make it feel as though Barnaby is trying to paper over scenes that either didn’t work or were never shot in the first place. When it works, it really works… but it gets increasingly difficult to ignore the stuff that doesn’t.