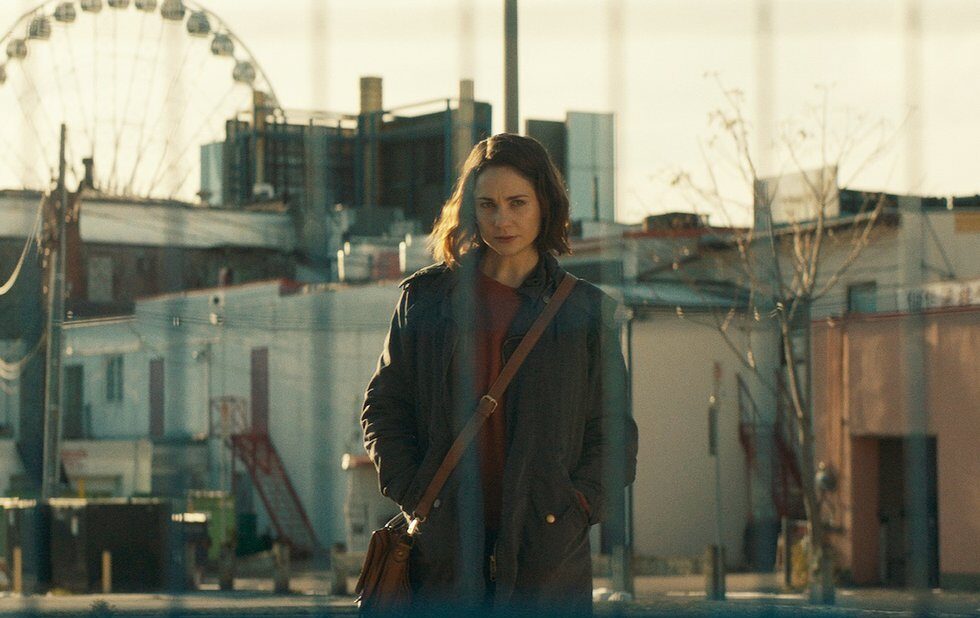 Shin’s follow-up to his award-winning In Her Place is about Niagara Falls, or at least an elevated version of it.

Niagara’s clash between gaudy neon lights, dingy diners, shadowy alleys and general David Lynch vibes sets the stage for a mystery that may only be imagined by Abby (Sense8 star Tuppence Middleton).

She’s a pathological liar who returns home to Niagara to keep her family motel from being turned into a glow-in-the-dark mini putt. While there, Abby dusts off and investigates a childhood memory: a boy’s abduction that might have everything to do with the people on Clifton Hill who put on a big show for tourists.

Shin’s dark and comical mystery nods to Niagara’s history and lore, from the intriguing dynastic families who run the place to the Carnivalesque showmen who trade in illusion. And Shin puts on a sensational show of his own with a rogue’s gallery of entertainers like David Cronenberg and Marie-Josée Croze.