Rosamund Pike shines as Marie Curie, although there are some odd stylistic choices in Marjane Satrapi's biopic 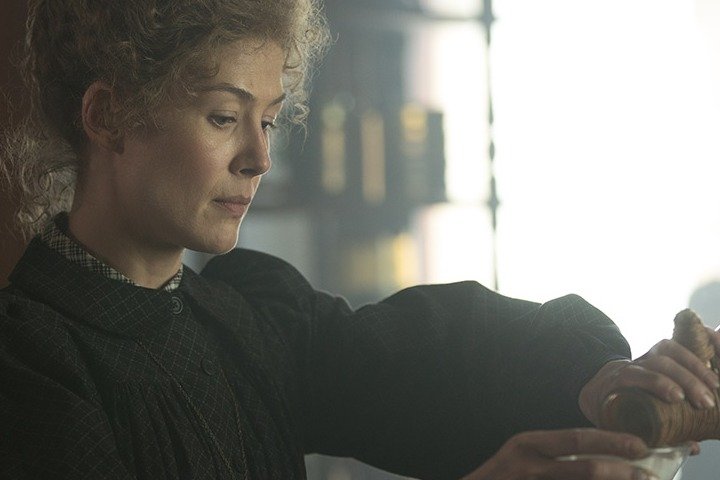 This bold biopic about scientist Marie Curie has lots of energy and features an awards-worthy performance by Rosamund Pike, but the film’s hobbled by a couple of choices that don’t work.

Adapting Lauren Redniss’s graphic novel, director Satrapi (Persepolis) and writer Jack Thorne (Wonder) bring a vitality and spark to the first part of narrative. The independent and socially awkward Marie (born Maria Sklodowska in Poland) is living in Paris attempting to carry on research in a field dominated by men.

Soon she meets the gentle Pierre Curie (Sam Riley), who gradually convinces her they’d work well together – both professionally and, eventually, personally. Their discoveries of radium and polonium win them fame and a Nobel Prize, although Marie continually struggles to be properly recognized.

Satrapi’s use of animation to illustrate some of the science of radioactivity works effectively, but her decision to flash forward in history to show what the science leads to (Hiroshima, Chernobyl) takes us out of the story. And the final third lacks momentum, although it does depict single mom Marie’s persecution as an immigrant, something with obvious contemporary relevance.

Throughout, Pike’s performance is tough, intelligent and full of complex emotional layers befitting one of history’s most accomplished figures.