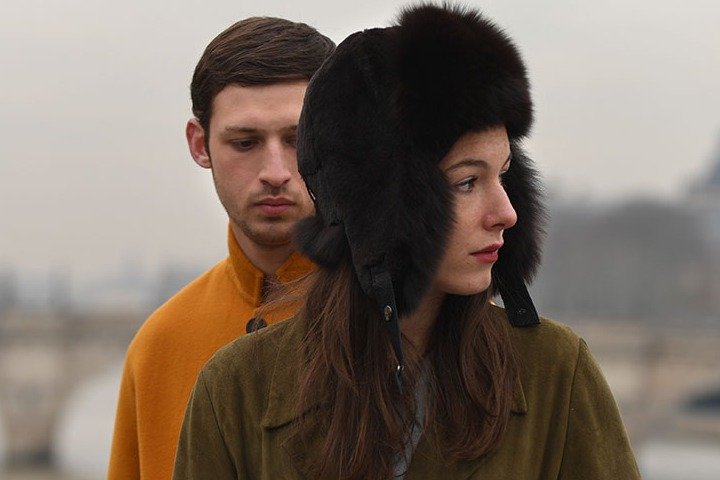 Like 2014’s The Kindergarten Teacher, Lapid’s Golden Bear winner is about a character running away from identity.

When ex-Israeli soldier Yoav (Tom Mercier, giving a wildly physical performance) arrives in Paris, his stuff is promptly stolen, leaving him freezing and naked in a very memorable opening sequence. Fortunately, he’s rescued by Emile and Caroline (Quentin Dolmaire and Louise Chevillotte), an inexplicably rich and unflinchingly stone-faced couple who would be right at home in a Bresson or Garrel movie. Magnetized by Yoav and his slavish sense of self-discipline, they become enablers of sorts and a hilariously intense source of sexual tension.

Though Lapid and Haïm Lapid’s script sometimes lays its thematic cards on the table in clunky ways, Synonyms is most enjoyable when it manically mashes up two classic French cinema preoccupations – screwball and angsty art house – to ironically parallel the militaristic and macho aspects of both Israeli and French culture via small gestures and disturbing comedy.

This film can feel hyper-specific and referential, but the way the director flips the standard migration narrative (an angry white male settler flees the violent nationalism that benefits him) should resonate broadly.