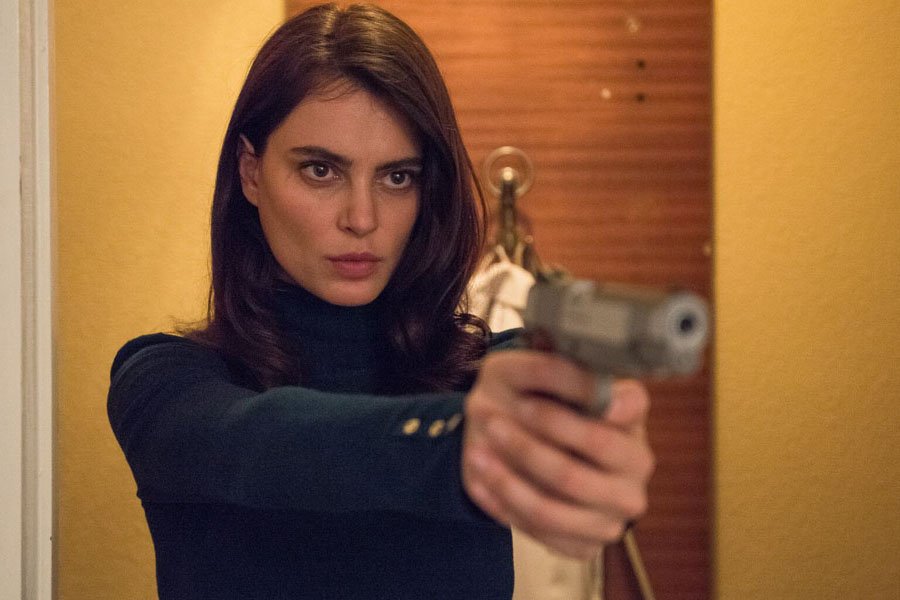 Porumboiu’s droll take on the neo-noir thriller is the most conventional film yet from the director of 12:08 East Of Bucharest and Police, Adjective – though that’s by no means a complaint. The genre just offers the writer/director a new, more stylish avenue to explore the questions of loyalty, greed and state surveillance that run through all of his films.

At the behest of the mysterious Gilda (Catrinel Marlon), Romanian cop Cristi (Vlad Ivanov) comes to the Canary Islands to learn the intricacies of El Siblo, a complex whistling language employed by the mobsters back home. Cristi’s interest in linguistics – and his tangled history with Gilda – are just the first pieces of Porumboiu’s knotty plot, but for all its complications The Whistlers feels positively breezy, hiding a streak of absurdist comedy beneath all the calculation and betrayal. Again: not a complaint.