The cast, especially Sterling K. Brown and Taylor Russell, nearly rescue this Oscar-hyped movie from itself 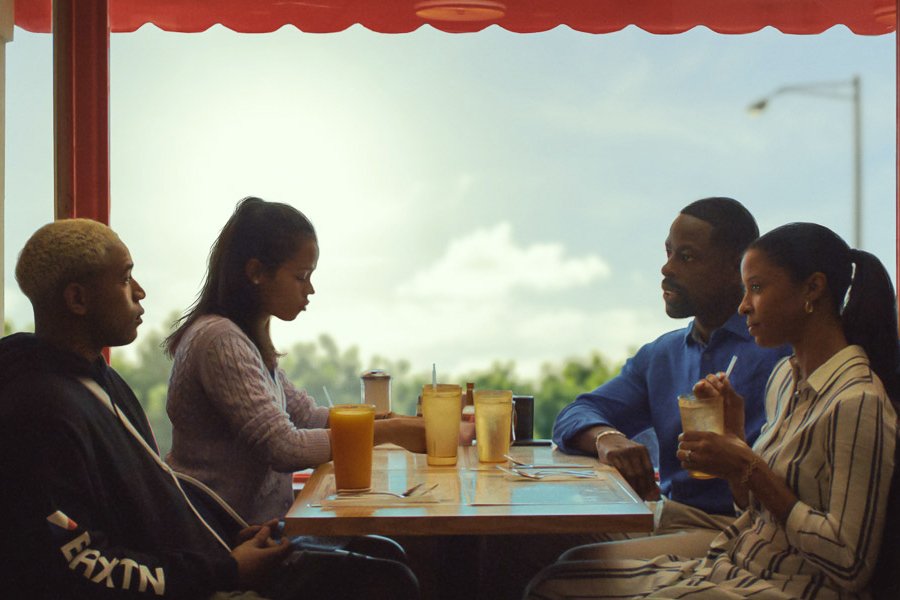 During the Q&A following the Toronto International Film Festival premiere of Waves, the cast  jumped right into addressing racial optics – the elephant in the room, if you will  – before anyone could even ask about it.

The drama, which arrived here with all kinds of Oscar hype and People’s Choice Award buzz, is about a well-off Black family in Miami. The filmmaker, Trey Edward Shults, is white.

The actors preempted the debate around white directors telling Black stories by explaining that Shults was “collaborative” with his cast, giving them the room to create their characters. They used words like “honest,” “authentic,” “progressive” and “good listener.”

“I was grateful for all of those things,” said Renée Elise Goldsberry, who expressed appreciation for being given the space to play a Black mother. “These are things that need to be seen.”

“We can bridge that gap and narrow that line between white and Black in the story,” added Kelvin Harrison Jr., after explaining how Shults never imposed his own childhood experiences onto his characters. “See that humanity goes so much further.”

The story, in as much as Waves commits to one, could have been about any family. Harrison Jr. plays Tyler, a star athlete who is pushed to excel by a stern but loving father (Sterling K. Brown). That pressure leads to substance abuse and tragedy that I won’t spoil. Tyler is the focus in the film’s first half before the bifurcated structure shifts focus to his sister Emily (a graceful Taylor Russell). In both halves, the characters juggle school, family and romantic relationships. Euphoria’s Alexa Demie plays Tyler’s girlfriend while Lucas Hedges pops up as a paramour to Emily.

The structural split is a hacky gimmick favoured by celebrated filmmakers like Alejandro González Iñárritu and Derek Cianfrance. Shults and DP Drew Daniels’s aggressive camera work, as well as the film’s ponderous themes, certainly recalls their films. But Waves is also full of throbbing beauty, with shots that float Terrence Malick-like to the sounds of Kendrick Lamar and Kanye West. I crave this kind of cross-pollination between art film and hip-hop – like a feature film spin on Beyoncé’s Lemonade – but I wish it was tied to a film that understands the story it’s telling.

Chief among the film’s strengths is the cast: Brown, Harrison, Goldsberry and especially Canada’s Russell are great. They fight for attention against filmmaking that draws attention to itself and they often succeed. I can’t wait to revisit a soft-spoken, heartbreaking father-daughter scene between Brown and Russell over and over, likely as a clip shown at awards ceremonies. That moment very nearly saves this movie from itself.

Race isn’t a major theme in Waves – Shults’s concerns are more vague and ephemeral – but the casting naturally adds shades and implications.

The director may be fashioning himself as a colour-blind filmmaker. In his previous film, It Comes At Night, he cast Aussie Joel Edgerton as father opposite Harrison Jr. But feigning colour blindness can also feel like claiming ignorance. And Waves can feel down right ignant.

Waves doesn’t seem particularly concerned about how a story about fatherhood and toxic masculinity becomes a conversation about Black fathers and Black masculinity. Nor does the film consider how its split narrative structure creates a parallel between the two young men: Harrison Jr.’s Tyler and Hedges’ Luke.

The former is Black. His sexuality is tied to his masculinity. Both of those things are at the root of the film’s central tragedy, which casts a shadow over everything. Hedges’ Luke, on the other hand, is white. His sexuality comes off as sensitive, awkward and adorable, a stark relief to Tyler’s threatening manhood. Once I noticed that contrast, I couldn’t think about anything else when it comes to this movie.

Waves can work beautifully as a flighty family melodrama that has next to nothing to do with race. But only if you have the luxury to think that way. Perhaps Shults does.