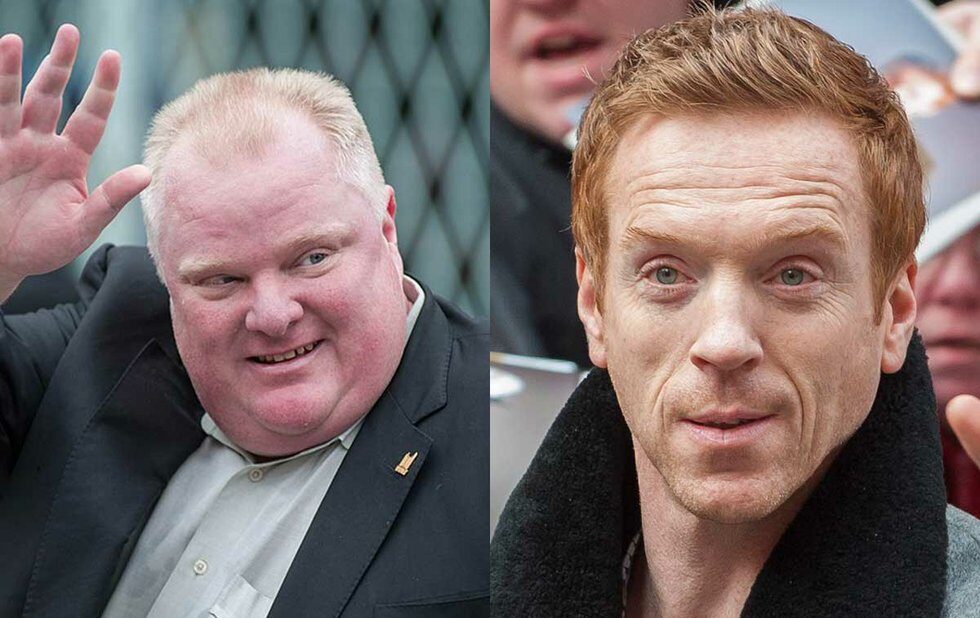 Former Toronto mayor Rob Ford (left) will be portrayed by Damien Lewis in an upcoming movie called Run This Town.

Former Toronto mayor Rob Ford (left) will be portrayed by Damien Lewis in an upcoming movie called Run This Town.

The late Rob Ford, Toronto’s bombastic former mayor and the centre of countless scandals and controversies, will soon be portrayed on the big screen.

Run This Town is currently filming in Toronto. The movie, which will mark Ricky Tollman’s directorial debut, is billed as a drama that follows a young reporter, played by Ben Platt (Pitch Perfect), trying to expose a political scandal.

Damian Lewis of Billions and Homeland fame will play Ford (reportedly prosthetics will be used to help him look the part), while Nina Dobrev and Mena Massoud will play Ford’s aides. Aside from this, details about the film are sparse, and it has no release date yet.

Robyn Doolittle, who reported on Ford while at the Toronto Star (she now works at the Globe and Mail), wrote the biography Crazy Town: The Rob Ford Story. She tweeted her disappointment in the film’s decision to rewrite her character as a man.

Platt, best known for starring in the Broadway musical Dear Evan Hansen, tweeted back shortly after (he has since deleted the tweet and posted a lengthier reply to the controversy), clarifying that his character is not intended to represent Doolittle, and that the film will refer to the Star’s coverage of Ford.

However, as many have already pointed out, Platt’s character is still problematic, even if it isn’t writing over a woman’s accomplishments. Doolittle’s coverage of Ford’s political and personal life, including his use of crack cocaine, dominated international media at the time. Failing to mention it in the film seems at best like a boring narrative choice, and at worst, deliberate erasure of a talented female reporter’s achievements.

This isn’t the first movie made about Ford’s days as Toronto’s mayor. Filth City, a 12-part web series that was repackaged as a two-hour film for the 2017 Canadian Film Fest, starred Pat Thornton as a character inspired by the late Ford. At the time, Ford’s older brother and Toronto city councillor Doug Ford condemned the movie, calling it “hurtful.” Doug Ford is currently running for premier as leader of the Ontario PC Party and has not yet commented on the casting announcements for Run This Town.