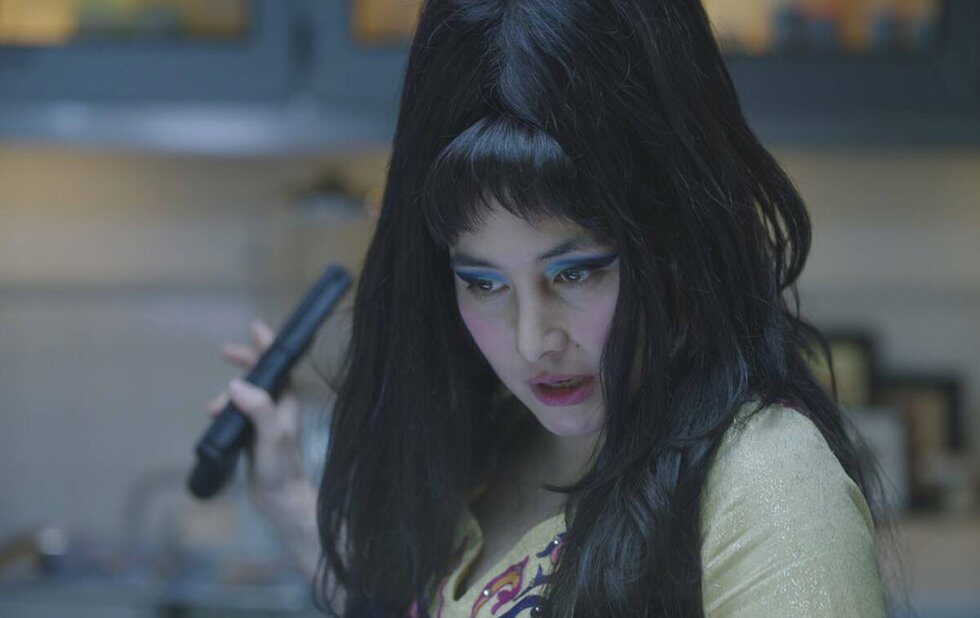 Actor, film producer and rock musician Josie Ho may show extreme daring in her indie-driven movie projects, but when it comes to COVID-19, the artist is uncharacteristically risk-averse.

Yes, a bit of that practical sense was instilled by her best-known role – playing Li Fai’s sister in Steven Soderbergh’s eerily prescient 2011 pandemic movie Contagion. But she reveals that it’s also been bred into her by living in Hong Kong, where she’s currently spending lockdown. (Normally she splits her time between there and Canada.)

“I’m a germophobe!” she reveals from the Pacific Rim metropolis, explaining she’s been spending quarantine reconnecting with family (her father, Macao casino magnate Stanley Ho, died last month) and reading new scripts for 852Films, the company she cofounded with her husband, fellow actor Conroy Chan Chi-Chung and Andrew Ooi. “I think any strange thing can happen now when I’ve seen how this impacted the globe. In Hong Kong, we learned a lot from SARS: keeping our hands clean, not sitting with shoes on the seats on public transit are all important issues in everyday life. I’ve been wearing a mask when travelling, since my job is to travel through the world to work.”

Ho’s main mission for the past decade has been forging a new kind of film with 852Films. The company came roaring out of the gate in 2010 with the slasher flick Dream Home, a dark, bloody satire in which Ho’s character goes on a murderous rampage when house-sellers refuse her offer.

Most recently, the company produced (and Ho stars in) Habit, which has finished shooting but is now temporarily in limbo due to the pandemic. The offbeat Janell Shirtcliff-directed feature follows a wild L.A. party girl with a Jesus fetish who becomes involved in a drug deal gone wrong and disguises herself as a nun to escape. Ho relished rubbing shoulders with rock royalty like Bush singer Gavin Rossdale, Kills legends Jamie Hince and Alison Mosshart, who also star: she says they got along well and spoke the same “rock language.” When Habit finally comes out, you’ll recognize Ho by her wicked beehive hairdo as Queenie Lee (appearing in one still, flashing the devil horns, with Hince’s Badass Cowboy character).

Elsewhere under the 852 umbrella, Ho produced, directed and acted in the documentary-style Finding Bliss: Fire And Ice, which follows her and her big-name Hong Kong music-scene friends on a journey to find real happiness in Iceland.

“Our vision is to bring more East-West elements to local Hong Kong films so that it can also sell in the West,” Ho explains. “Our goal is to push every boundary within our legal realm. Has it been a task? Yes, but we’ve had many mentors who gave us advice.”

Among the other projects Ho has in what is shaping up to be a busy 2020 is the planned release of Rajah, an 852Film and Margate House feature she shot in the jungles of Sarawak, Borneo, with co-star Jonathan Rhys Meyers. In it, she plays Madame Lim, lover to his Sir James Brooke. She describes shooting in the lush rainforest as “absolutely blessed and a joy.”

All the while, the former Canto-pop singer has been rocking out as lead vocalist of Josie & the Uni Boys, an alt five-piece whose packed pre-pandemic live concerts are known for psychedelic visuals and driving guitars. (Hit YouTube for a clip of the band’s Purple Psycho Experience Concert for some idea.) “I was a pop singer before, but I felt I like harder things,” she reveals.

Jumping from head-banging to acting, producing and other pursuits seems to have become as second-nature to Ho as leaping easily between the worlds of Asia and North America.

“In Hong Kong, there are tons of singers who are brilliant actors as well,” Ho says. “So there was no transition for me, except being a singer and an actor has only given me more inspirations. I do musicals and stage plays, plus TV series, too.

“My mind is a soaking pot of inspirations and celebrations of intelligent characters created by spontaneous people.”

This article originally appeared in the Georgia Straight.