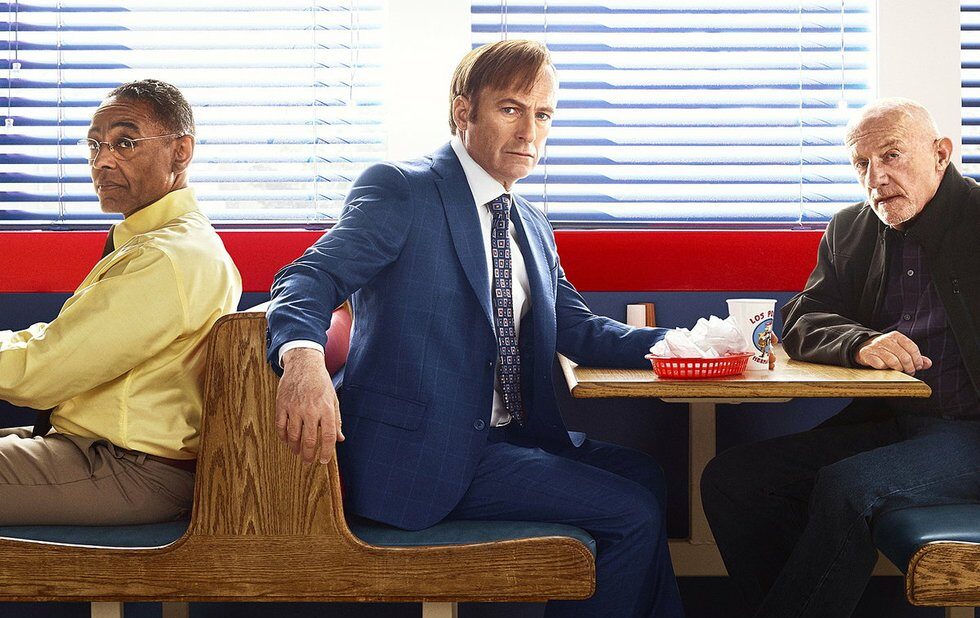 People keep asking Vince Gilligan and Peter Gould whether Bryan Cranstons Walter White and Aaron Pauls Jesse Pinkman will appear on their Breaking Bad prequel Better Call Saul, because that would be cool. And sure, it would totally be cool and generate thousands of page views for the writers and editors who regularly cover Saul, which is no doubt why people keep asking.

But not only are the actors now a decade and a half older than the characters would be, since Better Call Saul takes place in the first half of the last decade, it wouldnt make sense for that show. I love Better Call Saul which returns for its fourth season Monday (August 6) at 9 pm on AMC but the whole point of it is that almost every character in this series is going to be destroyed by the arrival of Walter White.

The man who calls himself Heisenberg will wipe away their victories and losses equally, meaning that nothing anyone does in this series truly matters. Thats not to say that the conflicts and dramas of Better Call Saul are irrelevant they certainly arent but our knowledge of the characters fates means the show is always operating at the level of grand tragedy, even when its at its goofiest.

To introduce Walter White here and to have Cranston play this malevolent genius as the impotent, frustrated science teacher he was when his own show started would be cool, sure, but for Better Call Saul itd be not only pointless, but even counterproductive, a distraction from the nuanced story the series has been telling so well. And Gilligan and Gould must know this, which is why they always say something like Yeah, itd be great if we can ever work it out and change the subject.

Im pretty happy with Better Call Saul as it is theres really no other show like it, a sort of unhurried thriller built on incremental moral decay. Breaking Bad sprinted through its plot in a manner that mirrored Walts own panic and mania, but Saul seems content to stay in first gear, or even to idle.

An early season four scene of Jonathan Bankss Mike wandering around the offices and warehouse of Madrigal Electromotive the deliberately bland corporation owned by Giancarlo Espositos calculating supervillain Gustavo Fring plays out as an entire act, with barely a dozen lines of spoken dialogue. (This show uses silence better than anything else on television, spending long stretches just observing characters in action.) Most shows would render that as a quick montage, or just have Mike recap the days activities in two lines of dialogue.

Thats the unique compact Better Call Saul has made with its audience, and I find myself appreciating it more and more every season.

Gilligan, Gould and Bob Odenkirk can take all the time they want depicting Jimmy McGills slide into the casually criminal Saul Goodman his world is rich enough, and interesting enough, that Im in no hurry to see it end.