TV review: Netflix’s Lost In Space reboot takes a while to find its bearings

It’s better than the 1998 feature film and the silly 60s series, but this new version has some navigational issues, especially around flashbacks 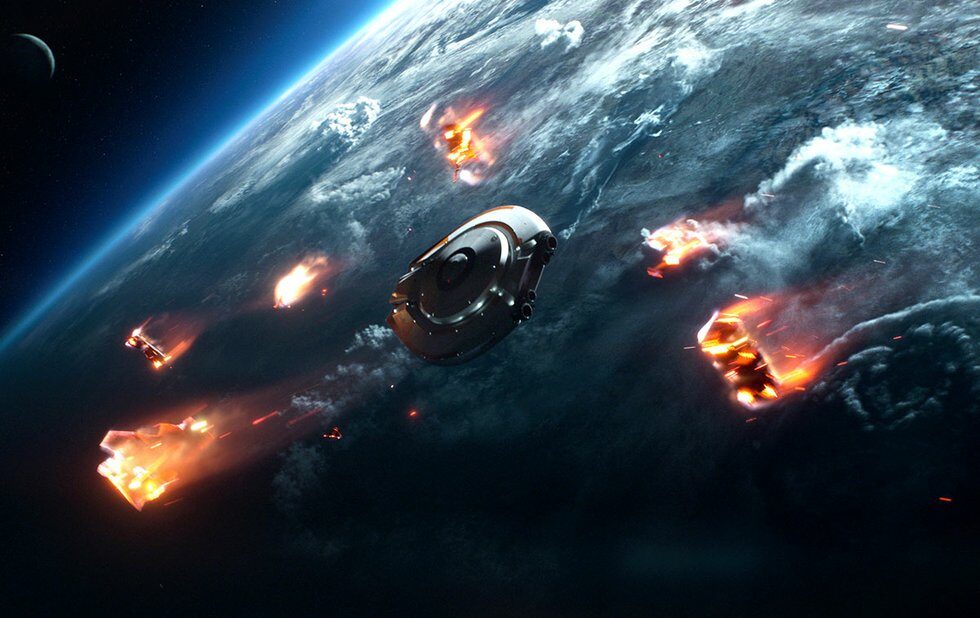 Well, Irwin Allen’s cheesy show is back again, in a brand-new Netflix series that’s inarguably an improvement over its previous incarnations.

The new Lost In Space offers a more complex take on the characters, a vivid visual aesthetic and a pilot (directed by The Descent’s Neil Marshall) that throws us into the action along with the Space Family Robinson, expanding the scope of the story and using flashbacks to fill us in on everyone’s motivations and tensions. Turns out this nuclear family isn’t quite as solid as they used to be – and they’re just one group of people making this interstellar voyage.

Showrunners Matt Sazama and Burk Sharpless – best known as the screenwriters of Gods Of Egypt and last year’s Power Rangers movie – tweak the premise by giving everybody baggage – John (Toby Stephens) and Maureen (Molly Parker) have grown apart, oldest daughter, Judy (Taylor Russell), has PTSD, middle kid, Penny (Mina Sundwall), feels overlooked and little Will (Maxwell Jenkins) is afraid of literally everything – and seeing how those issues complicate every situation.

They’ve also radically reworked the roles of Dr. Smith (Parker Posey, a terrific choice) and the Robot in intriguing ways, setting up conflicts and betrayals down the line that could play out really well.

But the first five episodes also highlight the fault in the flashback strategy, which puts us so far ahead of the characters that it becomes frustrating to watch them circle around their own issues, especially when the master plot keeps throwing life-or-death challenges at them every episode. (They are, y’know, lost in space.)

The cast is appealing – Parker and Sundwall are especially great at delivering the sometimes clunky dialogue as naturalistic speech – and the effects are first-rate, but the show never quite catches fire there’s exactly one moment in the middle of Episode 3 when this incarnation of Lost In Space feels like it’s firing on all cylinders.

You’ll know it when you see it, and it’s up to you to decide whether you want to keep going after that. I will, but mostly to see what Parker, Posey and Sundwall get up to. They’re just so watchable.