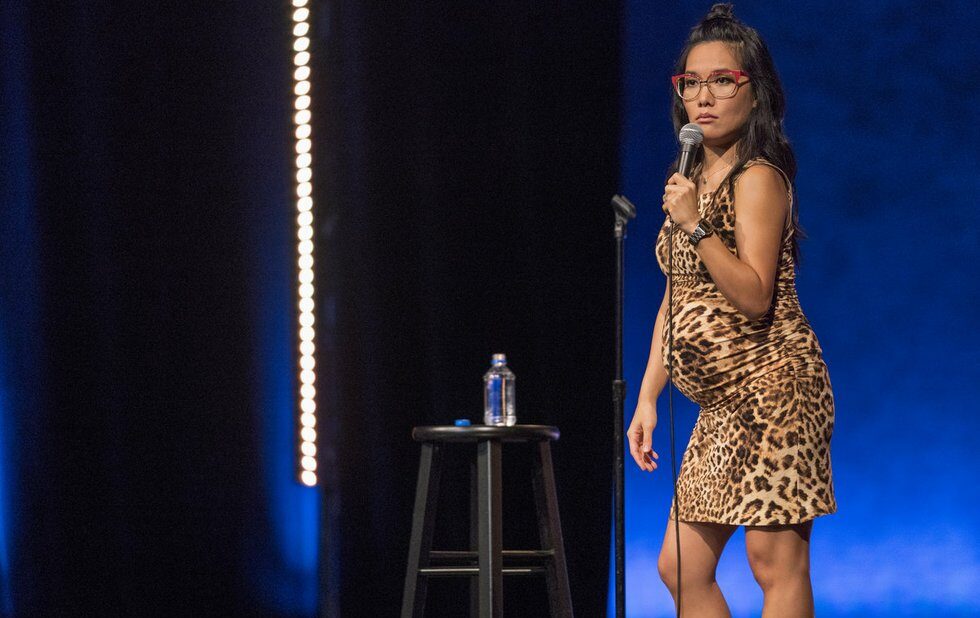 A pregnant Ali Wong will forever change how you see a certain scene from The Shining.

Ali Wong: Hard Knock Wife is, like Wong’s breakthrough 2016 Netflix special, Baby Cobra, being released on Mother’s Day. That’s fitting, because a big chunk of the show is devoted to the comic’s status as a new mother.

No warm and fuzzy baby bonding for her, however. Wong quashes every sentimental stereotype – especially those around breastfeeding, which gets an extended series of jokes – and details the physical ravages inflicted upon her and her mom friends’ postpartum bodies.

Wong is especially good at sniffing out sexual double standards, critiquing the implicit sexism in phrases like, “Who’s taking care of the baby?” and “How do you balance family and career?”

Whether she’s discussing making more money than her Harvard-educated husband, trying to balance celebrity with getting good deals on Craigslist or (in her killer opening joke) welcoming the Asians in the audience and thanking them for coming with their white boyfriends, Wong is a unique, subversive voice.

Can’t wait to see where life takes her – and her comedy – next.