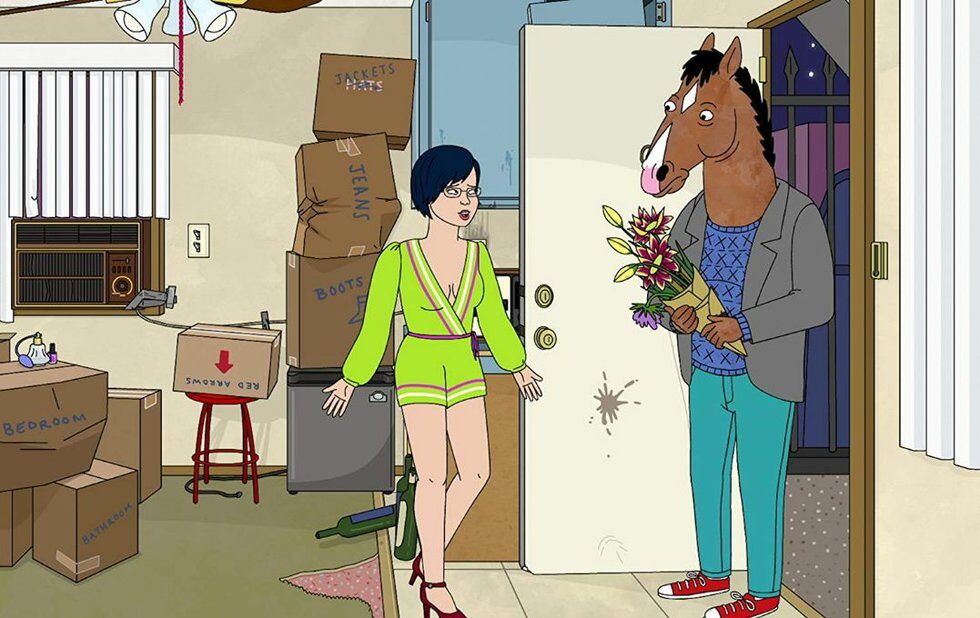 The fifth season of Raphael Bob-Waksbergs brilliant animated series, set in a world where humans and anthropomorphic animals coexist, returns with a shocking twist: everybodys kind of okay.

Alcoholic, depressive superstar BoJack Horseman (voiced as always by Will Arnett) is starring in a detective procedural, sleeping with his co-star (Brooklyn Nine-Nines Stephanie Beatriz) and building a relationship with Hollyhock (Aparna Nancherla), the kid sister who sought him out last season thinking he was her father.

BoJacks agent, Princess Carolyn (Amy Sedaris), is producing BoJacks show and considering adopting a baby. His soulmate, Diane (Alison Brie), has separated from her husband, Mr. Peanutbutter (Paul F. Tompkins), but thats a good thing for both of them. And the enthusiastic, easily distracted Todd (Aaron Paul) is running an online venture that has a chance of succeeding.

Thats where they are in the first episode, anyway. It doesnt last.

It is not a spoiler to say that the new season does what all the previous seasons have done, using the existential angst of its short-tempered, hedonistic protagonist to mock the shallow Hollywood lifestyle, but also to investigate depression and ennui through the filter of cartoon animals.

Season five finds Bob-Waksberg growing even more daring, breaking the shows format in multiple episodes and doubling down on relevance.

Last seasons Thoughts And Prayers episode excoriated American politicians all-purpose response to mass shootings. This year, the show delivers an episode about an actor (a gleefully awful Bobby Cannavale) trying use BoJacks show to stage a comeback after a series of racist and sexist outbursts.

Arriving just weeks after Louis C.K.s surprise set at the Comedy Cellar, it feels utterly of the moment but still plays as a character piece, with BoJack realizing people love it when he denounces the bad behaviour of others. His own misdeeds are a different issue.

BoJack is haunted by his past. Its a theme that runs through the whole show, but it seems particularly important this season the devastating sixth episode, in which Arnetts is the only voice we hear, finds BoJack rehashing his relationship with his mother. (Her addled attempt to poison Hollyhock last season comes back to haunt BoJack this year, too.)

Diane makes a trip to Vietnam to find her roots Princess Carolyn goes home to the South for a couple of days and has an epiphany of her own. An episode that follows Mr. Peanutbutter to four different Halloween parties over the decades each time with a different date finds him repeating the same behaviours over and over again.

I promise you, its funny. But its more than a comedy. Over five seasons, BoJack Horseman has become one of the very best shows on television or Netflix, whatever. People watch Netflix on their televisions, so shut up.

Just watch it. Trust me. Theres nothing else like it.