NOW MagazineMovies & TVTV & StreamingTV review: You Are Here proves the enduring power of the Come From Away story

TV review: You Are Here proves the enduring power of the Come From Away story 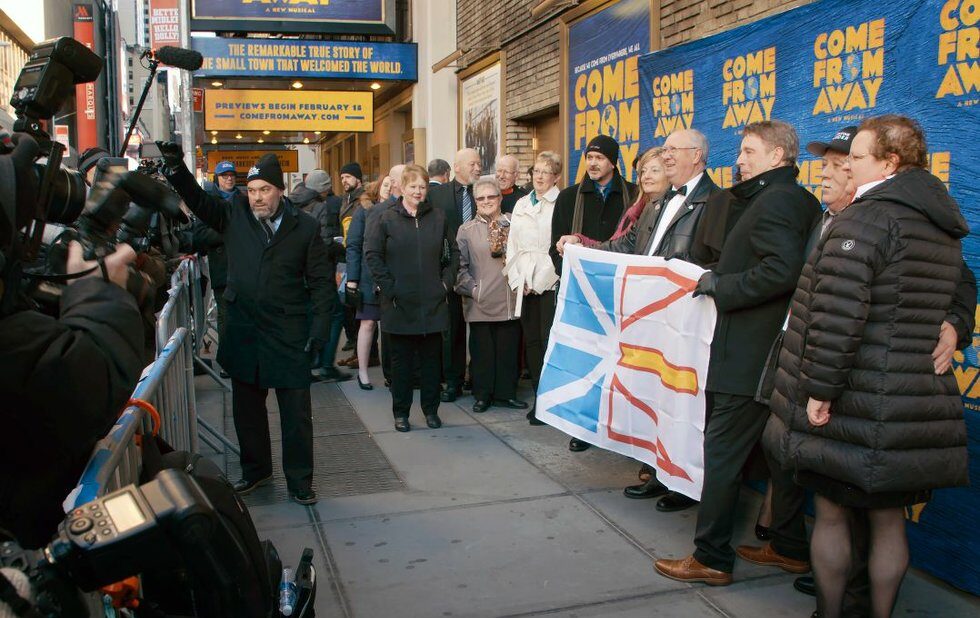 The Ganderites whose generosity inspired the Tony Award-winning musical Come From Away pose outside Broadway's Schoenfeld Theater.

YOU ARE HERE: A COME FROM AWAY STORY (Moze Mossanen). 84 minutes. Available from Tuesday (September 11), 9 pm, on HBO Canada and CraveTV. Rating: NNNN

This story sure has legs – and why shouldn’t it? The way the people of Gander, Newfoundland, opened their hearts to travellers rerouted to their town during the 9/11 attacks on the twin towers is the perfect emotional foil for the brutal violence of that day.

If you saw the musical Come From Away you are aware of the main characters: among them Beverley Bass, American Airlines’ first female captain, who helmed one of the 38 planes forced to land in Canada Nick and Diane Marson, the couple who first met in a makeshift shelter and, of course, Gander’s mayor Claude Elliott, who gives context to why his spectacular citizens were able to supply thousands of meals, toiletries, clothing items and everything else to the 7,000-plus travellers stranded in the picturesque town.

But you meet them here, talking about their experiences for the first time, which makes this documentary worth seeing regardless of whether you caught the show.

It’s a rehash of the events distilled into Irene Sankoff and David Hein’s very fine musical – including how the people made their hockey rink the largest refrigerator in the world – but the evocation of the real-life hosts’ kindness, generosity and goodwill makes it a tear-jerking powerhouse on its own.

One especially moving sequence involves a minister whose church is billeting Russian travellers who speak no English. He notices that one of them is carrying a Russian Bible, so whenever he wants to communicate, he finds an appropriate section in his English version, gives them the chapter and verse and tells them to look it up in their version. The passage he reads on screen is an assurance of welcome.

Though the intention of the movie is to show the basis for Hein and Sankoff’s musical, it doesn’t say too much about the writers’ creative process, and the doc slows down during the sequences in which the Ganderites come to New York for the show’s opening and visit Ground Zero.

In fact, the last fifth of the film, which is about the musical, is not at all as fascinating as the real-life stories.

But those stories? Wow.