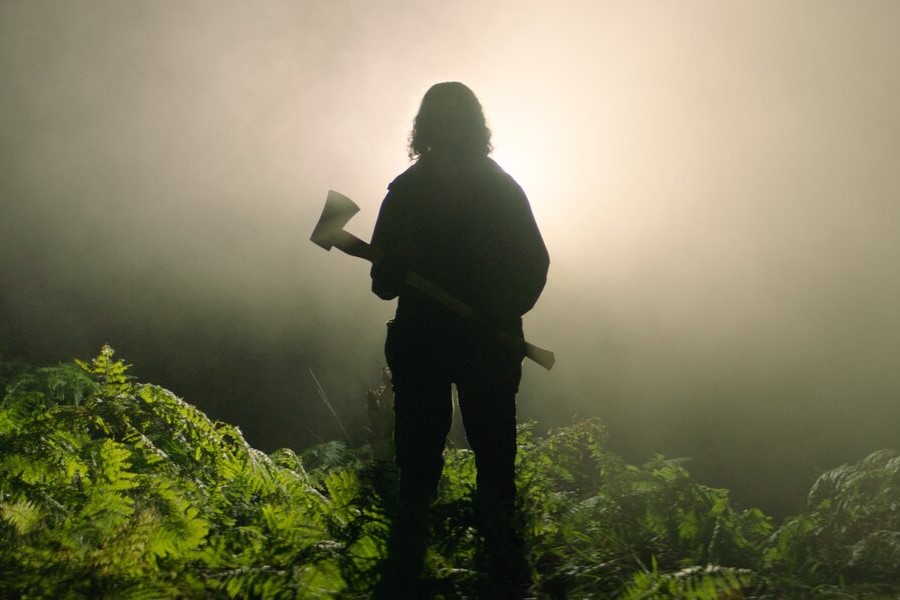 COVID isn't the only threat afoot in Ben Wheatley's In The Earth.

When England’s first coronavirus lockdown eased last summer, Ben Wheatley – the cult English director behind Kill List, Sightseers and last year’s adaptation of Rebecca – went out and made a movie. And now you can see it.

In The Earth, which arrives on VOD platforms across Canada Friday (May 14), was shot in August of 2020. Joel Fry (Game Of Thrones, Cruella) stars as Martin Lowery, a researcher escorted by a park scout (Ellora Torchia) into a dense forest outside of Bristol.

Martin’s looking for a missing colleague, but they find someone else first: Zach (Reece Shearsmith), another researcher whose work has taken him in some very disturbing directions. It turns out the virus that’s burning across the globe isn’t the only thing humanity might have to worry about.

“I just felt that it would be really weird to make a film that didn’t talk about what was happening to a degree, or at least acknowledge it,” Wheatley says over Zoom from his home in Brighton. “That had come out of watching stuff during lockdown, and going, ‘God, this stuff all feels ancient now! This is another world!’ And the writing of the script for me, initially, was just part of trying to get through the weeks at the beginning of lockdown and trying to make sense of it in my head.”

The plan was to write something that could be shot safely one restrictions began to ease – “outdoors, where the transmission rates were virtually zero” – but before the larger projects went back into production and snatched up all the talent. Wheatley also allows that he wasn’t terribly interested in adding to the growing library of movies and shows about people living through lockdown.

“The outdoor thing was the only thing we could do. There’s a lot of production value, you know. The woods are endlessly fascinating spaces to be in, and people moving through those spaces… which is free,” he laughs. “It also makes social distancing easier. You know, you’re not packed in, you are spread out the whole time. Once you got over having to wear a mask, it was fine.”

In The Earth was shot in 15 days, with the cast and crew taking over an empty hotel for its production office and living quarters. “It wasn’t long enough to make the crew go mad from homesickness,” he says. “And we said to them, please don’t go home. You can go home, obviously, because we’re not the police [laughter], but it would be much better if you didn’t.

“Looking back on it, it feels bizarre that we were cogent enough to make that plan,” Wheatley laughs. “But it came together, and we shot just right at the bottom of the curve in the U.K., so it was as safe as it could be. We felt the eyes of our production community upon us, so we didn’t want to screw up, basically. So there was a lot of protocols, and careful testing, and bubbling – all sorts of stuff to get it made.”

In The Earth is available for rental on VOD platforms Friday (May 14). You can watch my interview with Ben Wheatley on NOW’s YouTube channel, or stream it directly below: