NOW critics pick what to watch online and in theatres for the weekend of August 14. Plus: Everything new to VOD, and Agnès Varda on disc. 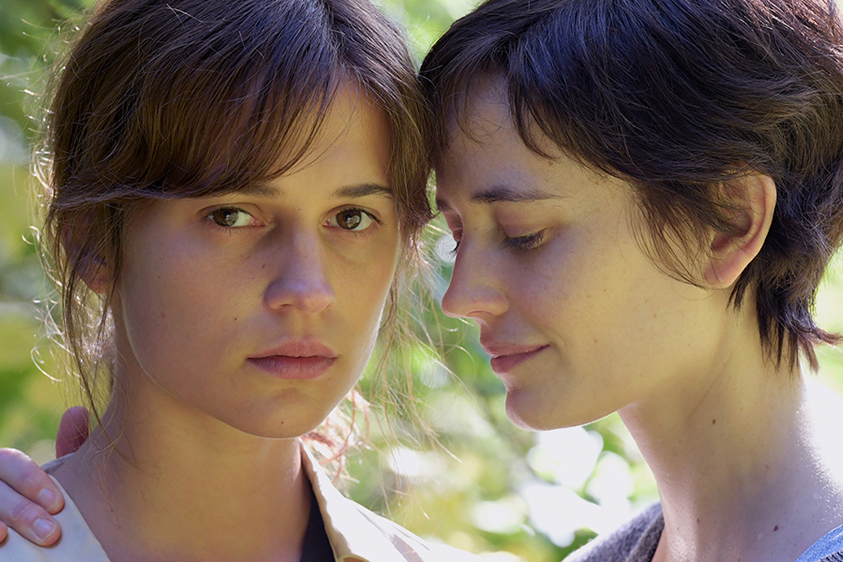 NOW critics pick what to watch online and in theatres for the weekend of August 14. Plus: Everything new to VOD platforms.

Three years after its TIFF premiere, writer/director Langseth’s Platform entry – which pairs two of Europe’s biggest new stars in a mopey tale of sibling reconciliation – resurfaces on VOD. Alica Vikander stars as Ines, an artist who joins her older sister Emilie (Eva Green) for a holiday that turns out to have a darker purpose: Emilie is terminally ill and she’s brought Ines to witness her death at a resort designed for such an exit.

The casting is brilliant: both actors share a watchful intelligence, and Vikander’s delicacy and Green’s hard edges clash in exactly the right way to establish decades of familial discomfort. But having established her premise and characters, Langseth – who directed Vikander in Pure and Hotel – does absolutely nothing with them, letting Euphoria drift through one scene after another without ever gaining dramatic momentum or emotional weight. Charles Dance has some fun as a wealthy guest determined to go out in style, and Charlotte Rampling projects an empathetic calm as Green’s end-of-life guide. But she’s so subtle she almost disappears. Some subtitles. 98 min. Available on digital and on demand Tuesday (August 18). NN (Norman Wilner)

Based on the 2016 novel by Matt Ruff, HBO’s latest prestige drama is a gorgeous, ambitious exploration of an America seething with old hatreds, and the original sin of racism is just one of them. Its heroes aren’t just metaphorically haunted by history; the ghosts are real here, and they’re very, very angry. Showrunner Misha Green (Underground) has thought this all through very carefully, creating resilient, resourceful characters who’ve spent their entire lives navigating a world designed to grind them down. And then he forces them to confront an additional layer of monsters and magic that’s been denied to them all along: literally, white power.

The Last Black Man In San Francisco’s Jonathan Majors plays Atticus Freeman, whose quest takes him – and his uncle George (Courtney B. Vance), and family friend Leti Lewis (Birds Of Prey’s Jurnee Smollett) – from Chicago to a tiny hamlet in Massachusetts, where they confront beasts both human and otherwise. The premiere establishes the show’s amazing elasticity, whipping back and forth between crushing tension and fantastical threats. Subsequent episodes play with tone and pacing, putting us in the heads of the disoriented heroes as their worlds spin around them. By the end of episode 3, you’ll be convinced Lovecraft Country could go literally anywhere – and trust me, you want it to. Airs Sunday nights at 10 pm from Sunday (August 16) on HBO Canada, and streaming on Crave. NNNN (NW)

The latest from Quebec writer/director Roby (White Skin, Just A Breath Away) is a true-crime drama about the 1987 framing of a French-Canadian addict and petty thief as an international heroin dealer by CSIS, resulting in his imprisonment in a Thai jail for eight years until journalist Victor Malarek exposed the scandal and got him out. Starring Josh Hartnett as Malarek and Mommy’s Antoine Olivier Pilon as the pseudonymous Daniel Léger, Target Number One cuts back and forth between their stories while also checking in on the lead agent (Stephen McHattie) who gins up the case against Léger so he can have a showy arrest that makes his department look good.

It’s a slick, commercial thriller based on a compelling a true story, and the whole thing is presented in the most generic way possible: there’s not a single scene that doesn’t feel familiar, from the endless early scenes of Malarek butting heads with his apathetic editor (JC MacKenzie) to later prison sequences where Léger is brutalized by one-dimensional thugs to underline his horrible situation. Points to Hartnett for playing Malarek as an overconfident asshole, which is an interesting take on the crusading-journalist stereotype, but even that gets monotonous over two hours. 124 min. In theatres Friday (August 14). NN (NW)

Looking for the latest releases? NOW’s got you covered.

The Bay Of Silence

Jazz On A Summer’s Day

Skin: A History Of Nudity In The Movies

DISC(S) OF THE WEEK 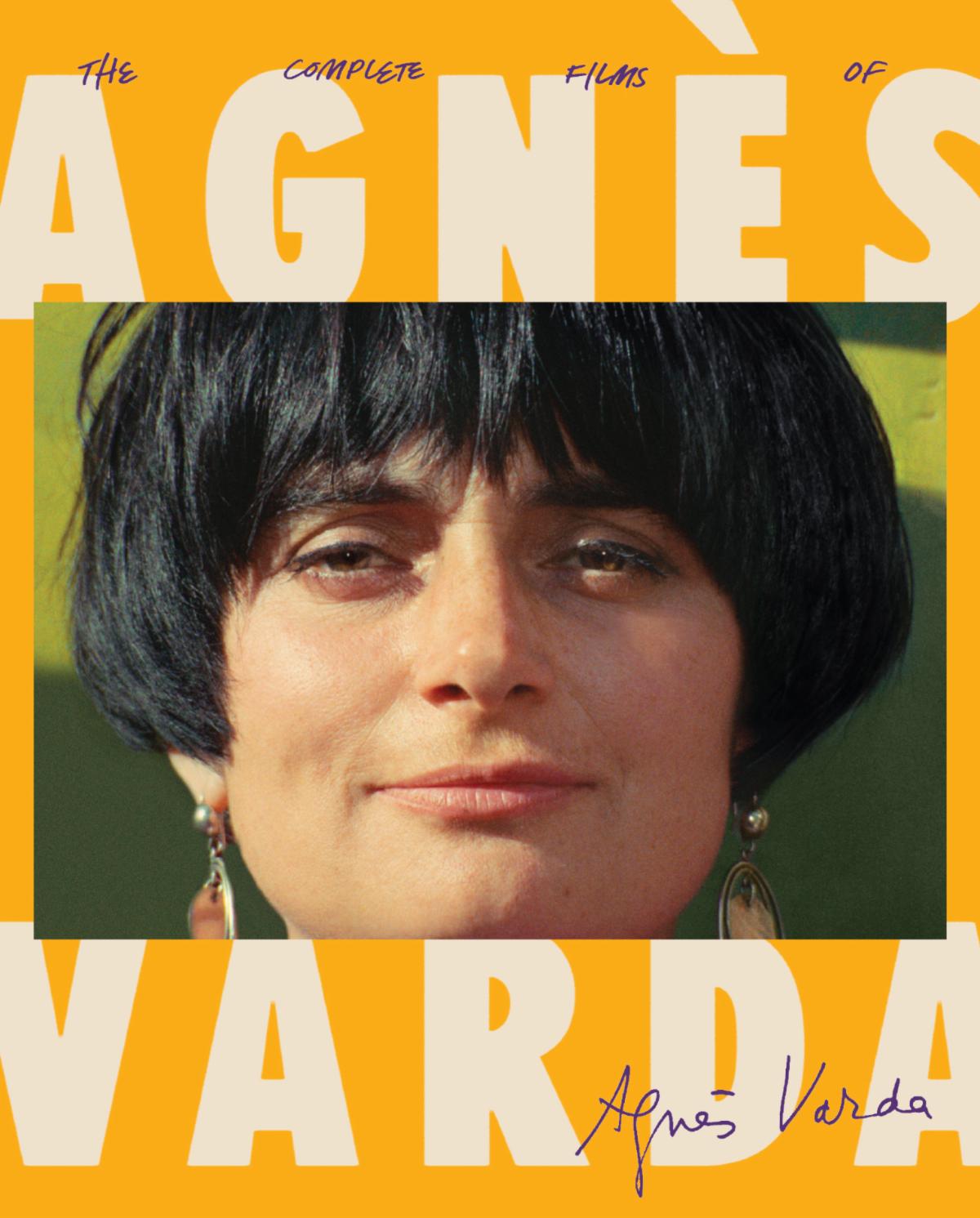 When Agnès Varda died in March 2019, I ended NOW’s obituary with the hope that people would discover the wealth of movies she left behind. This week, the Criterion Collection makes that awfully easy with this massive new set, which collects her entire filmography – totalling 39 features, documentaries and shorts – on 15 Blu-ray discs, divided contextually into mini-festivals.

Although Criterion had released nearly a dozen of Varda’s films previously, only last year’s One Sings, The Other Doesn’t was available as a Blu-ray edition, meaning all of the previously available titles benefit from high-definition upgrades. (The black-and-white Cléo From 5 To 7 looks especially lustrous in its new 1080p/24 presentation. Vagabond’s upgrade makes its grainy landscapes feel somehow colder and bleaker; this is the best I’ve ever seen that film look, and that includes the 35mm print I watched back in the 90s.) Not every title benefits from the upgrade: 2000’s The Gleaners And I, shot on noisy digital video, feels more like a home movie than ever, though I guess that does give it a certain personalized charm.

That still leaves another two dozen films to discover, among them the absolutely mesmerizing Les Créatures, a 1966 sci-fi thriller – well, sort of – starring Michel Piccoli and Catherine Deneuve as a couple who come to suspect their island community is host to more than just its human population. And if that doesn’t sound like an Agnès Varda movie… well, it very much is.

Packaged in a lovely hardbound book design and supplemented with a 200-page collection of essays, The Complete Films Of Agnès Varda isn’t cheap – the Canadian sticker price is somewhere around $350, though domestic distributor Unobstructed View currently has it for just under $300 – but if you can afford it, it’s something to which you’ll be returning to for the rest of your life. And if money is tight this year, a number of these films are currently available to stream on The Criterion Channel, though Les Créatures is not up there yet.