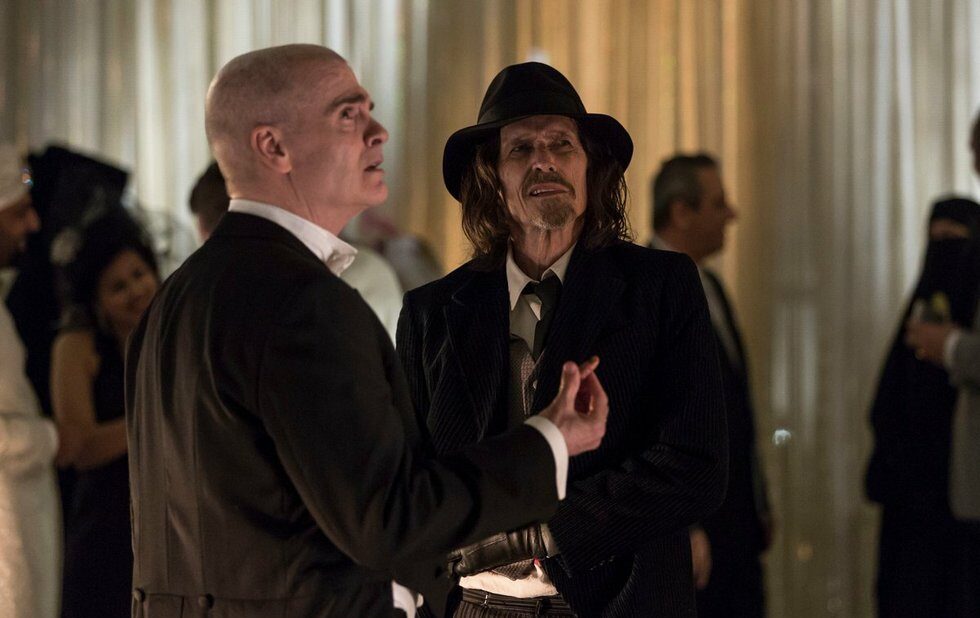 What NOW critics are streaming

The End Of Love

Keren Ben Rafael’s feature was shot in 2019, but the opening night selection of the Toronto Jewish Film Festival couldn’t be more appropriate for the current moment: The End Of Love consists entirely of a series of FaceTime calls between new mom Julie (Judith Chemla) in Paris and her absent husband Yuval (Arieh Worthalter), who’s stuck in Tel Aviv awaiting his visa so he can join her and their toddler in France. As a snapshot of two people trying to maintain a connection in the face of the distractions around them, The End Of Love is uncomfortably believable Chemla and Worthalter establish an immediate chemistry to sell their romantic bond, and then spend the entire movie trying to keep it alive. And Ben Rafael (Virgins) turns the restrictions of her conceit into strengths, forcing us to share Yuval and Julie’s limited views of one another and orchestrating a climactic sequence that’s no less shattering for being blatantly manipulative. Her title already told us where this was going, after all. Subtitled. 89 minutes. Available to stream at 9 pm Saturday, May 30, at tjff.com. NNNN

Originally part of the Edgar Allen Poe anthology film Spirits Of The Dead, this gonzo (and very loose) 40-minute adaptation of Never Bet The Devil Your Head is streaming standalone as part of Criterion Channel’s series devoted to the cancelled 1968 Cannes Film Festival. Terence Stamp stars as faded Shakespearean actor Toby Dammit, who shows up in Rome in a drunken haze to star as Jesus Christ in the first Catholic western. Troubled by visions of a menacing little girl, he must suffer through an intensely gaudy award show before getting to the real reason he’s there: to claim the Ferrari he’s been promised as a bonus and continue getting obliterated. As a film-industry satire, Toby Dammit couldn’t be less subtle. But it’s effective thanks to wild and hilarious shifts in perspective that blur surreal horror and grotesque comedy together in clever ways. It’s fun to see Fellini’s excess – DP Giuseppe Rotunno’s camera lingers on many striking-looking and iced-out extras –  applied to an acidic and phantasmagorical art-house satire. 43 minutes. Now streaming on Criterion Channel. NNNN

Having already created the delightful animated ensemble comedies Dr. Katz, Professional Therapist, Home Movies and Bob’s Burgers, writer/producer Loren Bouchard makes his biggest creative swing yet with this ambitious, complex musical about a handful of people whose lives revolve around the eponymous Manhattan attraction. And on the basis of the first four episodes, it’s… kind of okay, I guess? Park manager Owen (Leslie Odom, Jr.), his journalist wife Paige (Kathryn Hahn) and their weird kids Molly (Kristen Bell) and Cole (Tituss Burgess) spend their days singing their way through minor problems – a missing dog, a garbage strike, a crush – while wealthy weirdo Bitsy Brandenham (Stanley Tucci), owner of the aforementioned dog, schemes to delegitimize the entire park so she can sell it to developers. (Odom’s Hamilton co-star Daveed Diggs plays Tucci’s cranky assistant Helen.) The songs range from clever to charming, and the voice performances are appealing. The one really weak link is Josh Gad’s narrator, who doesn’t really bring much to the party besides an enthusiastic singing voice. But maybe he’ll grow on me. Teddy did. First two episodes premiere on Apple TV+ May 29 new episodes air weekly.  Read full review here. NNN

A decade and a half after they redefined the American sitcom with The Office, writer/producer Daniels and star Steve Carell have co-created this new workplace comedy… and it is very, very bad. Swinging wildly between barbed Trumpworld satire and droll character study, Space Force is a mess of contradictions that it can’t figure out how to reconcile. It’s a comedy about people trying to produce results in the absence of clear direction or leadership, which clearly resonates with Daniels and Carell, but it’s also a farce with a void at its centre, toothless in its comedy and unsure about how to handle its talented ensemble. You can see the ideas trying to spark to life, like the season-long runner that finds Carell’s buttoned-down general and John Malkovich’s dismissive chief scientist slowly realizing they need to ally themselves against the whims of their commander-in-chief, or the genuinely sweet chemistry that develops between Tawny Newsome’s chopper pilot and Jimmy O. Yang’s cranky astrophysicist. (Diana Silvers is trying some interesting things as Carell’s alienated teenage daughter, too.) But each episode just sort of sits there, self-satisfied, as though the mere fact of its existence makes Space Force a classic for the ages. Trust me on this: it’s not. Ten episodes streaming on Netflix May 29. Read full review here. NN

When Homecoming premiered two years ago, the half-hour drama – equal parts psychological thriller and horror – felt like a small television revolution. But in season two it’s missing the crackling chemistry between original leads Julia Roberts and Stephan James, and it fails to move the story even an inch forward. While the show continues to follow the mysterious wellness company Geist and its Homecoming Initiative, which illicitly drugs soldiers in an effort to wipe their memories and redeploy them, not much new information is revealed beyond Audrey Temple (Hong Chau), who closed the previous season by unexpectedly taken over Geist’s day-to-day operations. A typically electric Janelle Monáe joins the cast and opens the season, but even she and Chau don’t redeem the series’ failure to build on its amazing premise. Even as the pacing deliciously builds, with help from a sinister score, it’s hard not to feel cheated by the end. Seven episodes streaming on Amazon Prime Video Canada. Read full review here. NN

Disc recommendations of the week

Having established itself as the Criterion Collection of cult cinema, Shout! Factory has expanded its ambitions over the last few years, creating the Shout! Select imprint for its more respectable catalogue releases. Its newest entries  offer two very different studies in American masculinity: Michael Cimino’s 1978 Oscar-winner (available now) stars Robert De Niro, Christopher Walken, Meryl Streep, John Cazale and John Savage in an ambitious epic about working-class Americans traumatized by the Vietnam War, while James Foley’s slick, stylish 1992 film of David Mamet’s Pulitzer-winning play (available June 2) pits Al Pacino, Jack Lemmon, Ed Harris, Alan Arkin, Jonathan Pryce, Kevin Spacey and Alec Baldwin against one another – and, it seems, against capitalism itself. Both packages offer a mixture of old and new supplements – the Glengarry package includes a wonderful Jack Lemmon audio commentary recorded for a 1993 laserdisc release – and exceptional new presentations of the films themselves. That 4K Deer Hunter transfer is the best the movie’s looked since its 70mm release.