What to watch on Netflix Canada in April 2022 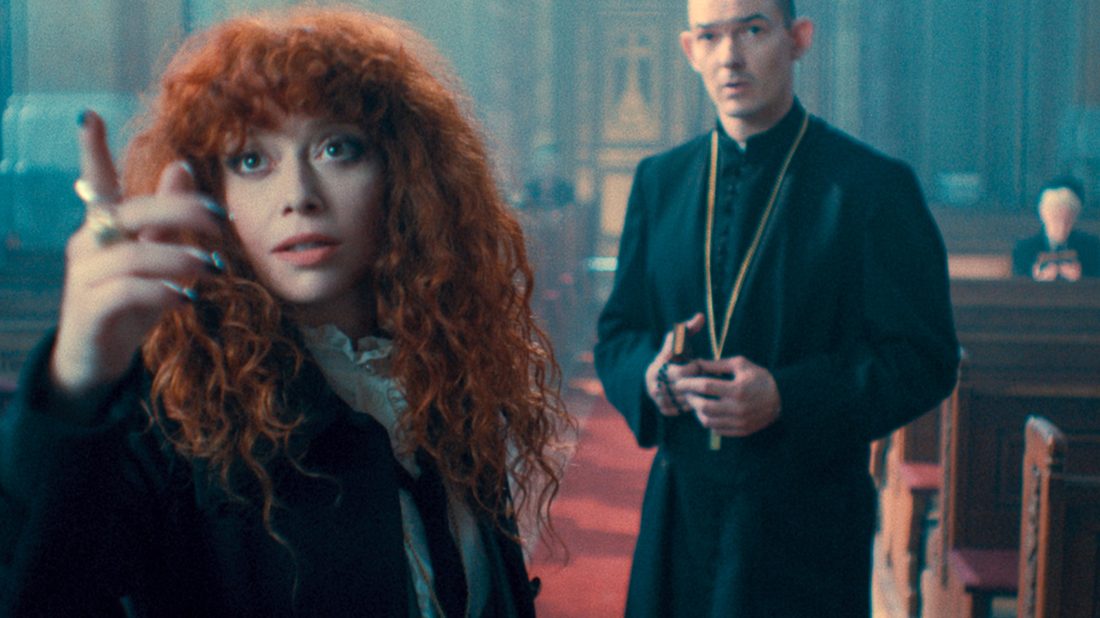 Here’s every TV show, movie and comedy special coming to and leaving Netflix Canada in April 2022 and our picks for what to watch.

This Natasha Lyonne and Charlie Barnett-led show about two depressed New Yorkers caught in a darker, deadlier version of Groundhog Day seemed like the perfect high-concept one-season wonder. But after the pandemic gave us all our own flashbacks, the universe is fucking with the two characters again. Expect another existential nightmare you can’t help but binge. The first season was one of Netflix’s best-ever original series, so there’s a high bar to clear. (Richard Trapunski) April 20

What was it like to make a movie during the first year of the pandemic? Find out in The Bubble. Judd Apatow’s new comedy follows the cast and crew of the latest sequel in a cheesy action franchise. While bubbling in a posh hotel in England, something happens, and some of the cast try to escape. Laughs (and flying dinosaurs) ensue. Benedict Cumberbatch, Pedro Pascal, Karen Gillan, Kate McKinnon, David Duchovny, Keegan-Michael Key, Fred Armisen and Apatow’s wife and daughter Leslie Mann and Iris Apatow star. (Glenn Sumi) April 1

Waking Life director Richard Linklater hasn’t played around animation since 2006’s A Scanner Darkly. His latest about a young boy who was just the right size to test pilot an Apollo mission feels considerably more child-friendly than his previous animated fare and still up Linklater’s wheelhouse. It’s a nostalgic look at 60s Americana inspired by the director’s own childhood, exploring the suburbs, the social change and the alienation of it all. (Radheyan Simonpillai) April 1

If you couldn’t make it to stand-up star Chieng’s recent performance at Toronto’s Massey Hall, you won’t want to miss his latest special, taped at Manhattan’s intimate Chinese Tuxedo bar and restaurant. The Daily Show correspondent and Crazy Rich Asians star sounds off on the pandemic, online critics and race – all in his slick, beautifully timed performance style. (GS) April 5

The Ultimatum: Marry Or Move On

The latest sensational Netflix reality TV series tempting sexy participants to not peel each other’s clothes off is making some big demands. This one, hosted by Love Is Blind’s Nick and Vanessa Lachey, turns marriage proposals into a pressure sales tactic. Established couples enter the show. One of them is ready to get married while the other must decide whether they’re going to commit. And while they take weeks to ponder that proposal, everyone hooks up with another partner, giving a whole new meaning to couples retreat. (RS) April 6 (new episodes weekly)

Filmmakers Elizabeth Chai Vasarhelyi and Jimmy Chin are used to making films that take audiences to dizzying altitudes. Their docs Meru and Free Solo are about the people who stubbornly put themselves and others at risk to look down on the world from mountain peaks. That makes them a good fit to hang out with Elon Musk as he oversees SpaceX, his commercial starship carrier that will allow the obscenely rich to travel into orbit while we all hate watch from below. (RS) April 7

We’ve been so busy getting traumatized by Euphoria that we somehow slept on this sensational Spanish series about rich high school teens getting up to sex, drugs and at least one murder mystery per season. Elite follows kids from working class backgrounds finding themselves caught up in the drama of wealthy people after they gain scholarships to a private prep school. The series that has been compared to Gossip Girl and Big Little Lies is now in its fifth season. (RS) April 8

Barack Obama narrating the adventures of a baby lemur sounds like a balm. In this nature doc series, the former U.S. president guides audiences through parks and other spaces around the world, from Monterey Bay to Indonesia, surveying the wildlife, the curious geology and what climate change is doing to them. (RS) April 13

Sometimes you don’t have to be right; you just have to sound like you’re right. That’s the idea behind this new game show hosted by Canada’s own Howie Mandel. Contestants will work their way up a money ladder answering questions correctly… or providing wrong answers so convincingly that they fool their opponents. Anyone who remembers the board game Balderdash will know how this entertaining BS works. (GS) April 27

After that explosive finale to the first part of Ozark’s concluding season, we finally get to see how it all ends for the money-laundering Byrdes, the now-truly-orphaned Ruth and peripheral characters like drug cartel leader Javi, FBI agent Maya Miller and Chicago PI Mel, who’s on the verge of putting all the pieces together. How will that car crash from the fourth season opener play out? And will Laura Linney finally win an Emmy for her ruthless yet flawed Wendy? Can’t wait to find out. (GS) April 29

Jane Fonda and Lily Tomlin’s buddy comedy has long outlasted its original premise of two women forced to reconsider their lives after their two husbands leave them for each other. Now there’s been seven seasons of zany schemes, family dramas and old-fashioned sitcom punchlines. If you’ve stuck with it for 94 episodes, you’ll of course have to see how it all ends. (RT) April 29

The full list of new titles available on Netflix Canada in April 2022 by date:

Get Organized With The Home Edit (season 2)

The Ultimatum: Marry Or Move On

Queen Of The South (season 5)

Anatomy Of A Scandal

Heirs To The Land

The Seven Lives Of Lea

The Taming Of The Shrew

Celeb Five: Behind The Curtain

Forever Out Of My League

The Chronicles Of Riddick

Michela Giraud: The Truth, I Swear!

Senzo: Murder Of A Soccer Star

Today We Fix The World

Along For The Ride

The Secret Life Of Pets

The Mystery Of Marilyn Monroe: The Unheard Tapes

Honeymoon With My Mother