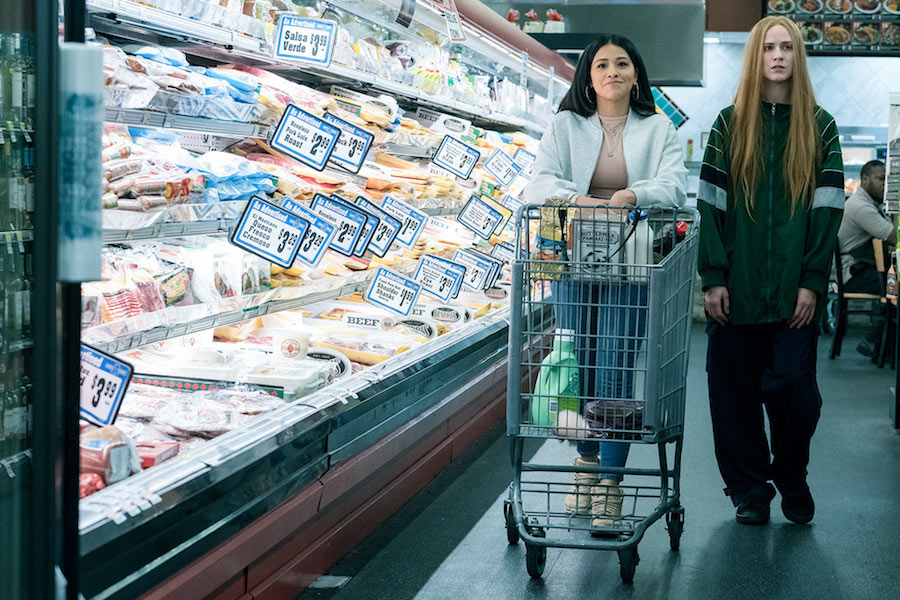 NOW critics pick what’s new to streaming and theatres for the weekend of September 25. Plus: Everything new to VOD and streaming platforms.

The parental reckoning is upon Hollywood. In recent years, late-in-the-year releases have leaned hard into stories about offspring grappling with parents who never said “I love you.” Director Miranda July enters this fray with Kajillionaire, a movie about a family of small-time crooks that takes a clear-eyed view of its characters but resists coming to easy conclusions. Los Angeles con artist couple Theresa (Debra Winger) and Robert (Richard Jenkins) and their 26-year-old daughter Old Dolio (Evan Rachel Wood) spend their days stealing mail and pulling lost luggage scams. They live in a cheap office building next to a factory where they must regularly scrape away pink foam that seeps through the walls – one of several metaphorical gags.

The threat of eviction sets off a series of events that leads them to co-conspirator Melanie (Gina Rodriguez). She’s the polar opposite of Old Dolio, who spasms when touched and sulks around, her long, frayed hair looking like the “before” picture in a Patene commercial. The bubbly Melanie is comfortable in her own skin, self-aware and has shiny, healthy hair. The instigating caper plot recedes into the background as Old Dolio realizes her parents’ orthodox off-the-grid ethos and obsession with money has left her closed off from not only the world, but her own body. Kajillionaire slyly slips in bits of backstory and uses deadpan humour to set a tone and then add layers of complexity to it. July uses the physicality of her capable cast to suggest Old Dolio’s emotional state, and how it stems not only from her parents conflicted attitudes toward wider social and economic realities.

In the week before he retires, Michigan fast-food cook Stanley (Richard Jenkins) trains his young replacement Jevon (Shane Paul McGhie, of Deputy and Greenleaf) in writer/director Cohn’s study of economic frustration and generational confusion, which showcases a pair of thoughtful, lived-in performances while never quite managing to break out of its stagy sensibility. Jenkins is quietly, undemonstratively great as Stanley, a working-class guy who’s constructed a personality almost entirely out of huffy resentment and self-serving judgment. McGhie matches him moment for moment as Jevon, who’s young enough to still have some self-confidence even though as a Black ex-convict he understands the world is stacked against him.

Cohn’s script pits them against each other in a series of philosophical conversations over a few days of training, breaking them up with glimpses of their lives outside of work. The gifted cast – which includes Ed O’Neill as Stan’s only friend and Allison Tolman as Jevon’s parole officer – brings the workmanlike material to life, though its overall impact is muted by some clumsy plot mechanics in the third act. In theatres Friday (September 25). NNN (Norman Wilner)

London’s 1970 Miss World pageant serves as a flashpoint for the common interests of British women’s liberation and diversity in this dramedy about the real-life scheme by student activists to disrupt the ceremony – which had already made headlines for its inclusion of contestants from South Africa and Grenada. Keira Knightley and Jessie Buckley represent the students; Gugu  Mbatha-Raw and Loreece Harrison are the Black women facing some very white competition. Rebecca Frayn and Gaby Chiappe’s story tracks the many, many ways in which the different groups’ goals create conflict; the students and the contestants were both pushing for progress, but neither side was willing to see the other as an ally.

Meanwhile, the sexist establishment – represented here by Rhys Ifans and Keeley Hawes as the married couple who run the pageant, and Greg Kinnear as host and professional lecher Bob Hope – gets to milk the controversy for its own purposes while maintaining the status quo. The movie’s entertaining, if a little superficial. The ensemble narrative means most of the characters are rendered as types rather than people. But Mbatha-Raw and Knightley conjure depth with pauses and looks, and Lesley Manville turns up as Dolores Hope to make Kinnear’s Bob slightly less of a caricature. Available on digital and on demand Friday (September 25). NNN (NW)

Queen Of The Morning Calm

An exotic dancer (Tina Jung) trapped in a bad relationship tries to find a safe haven for herself and her troubled daughter (Eponine Lee) in Kim’s first feature. The film hits a lot of familiar notes, but it offers a couple of very strong performances and a good feel for the moment-to-moment tension of an economically uncertain life. Jung’s Debra is a bright woman with marketable skills who’s had a few lousy breaks; her boyfriend Sarge (Violation’s Jesse LaVercombe) is a gambler and a drunk, leaving her scrambling for money and unable to give young Mona the attention she needs – which means the kid acts out at every opportunity, endangering Debra’s ability to hold down a job.

Jung shows us the exhaustion and constant panic with which Debra constantly lives, while LaVercombe brings a queasy blankness to the entitled Sarge that instantly registers him as a threat. (Shaun Benson provides a stable counterweight as a pawn shop owner who hires Debra as his accountant.) The character of Mona feels underdeveloped, mostly because Kim’s script uses her as a plot complication to the point where her unpredictability becomes predictable, but the young Lee does what’s asked of her. It’s unfortunate that a movie that includes several scenes in strip clubs should open on the day that industry is kiboshed by COVID, but that’s 2020 for you. In theatres Friday (September 25). NNN (NW)

The Challenge: Champs Vs Stars (Crave)

Ottolenghi And The Cakes Of Versailles

Ursula Von Rydingsvard: Into Her Own 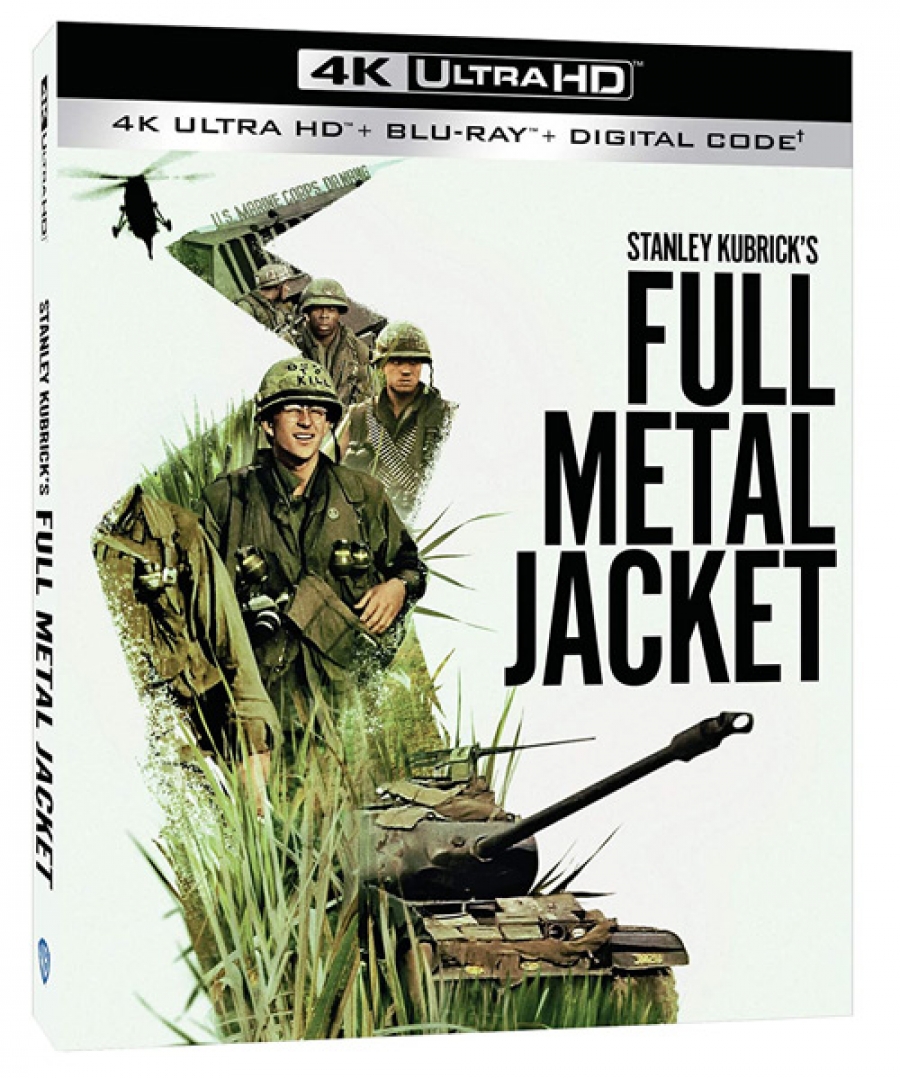 Pandemic or no pandemic, Warner Home Entertainment honours its fall commitment to release a Stanley Kubrick movie in ultra high definition. This year it’s his 1987 Vietnam drama, which follows a young GI (Matthew Modine) through two harrowing trials: first, he endures basic training under a sadistic drill instructor (R. Lee Ermey, in the role that launched his career), and then he’s plunged into the urban warfare of Huê.

The new 4K master doesn’t have the revelatory impact of Warner’s earlier 2001: A Space Odyssey or The Shining discs – likely because the level of restoration required wasn’t as elaborate. But it’s an excellent presentation of the feature, offering the original mono soundtrack as well as the Dolby Digital multichannel audio created for home video. The cast commentary and featurette from the previous Blu-ray are carried over, though this edition doesn’t offer the DVD of Jon Ronson’s excellent documentary Stanley Kubrick’s Boxes that was included in the DigiBook release.