With theatres closed again, here's what you can watch at home this week, including King Richard and The Tender Bar 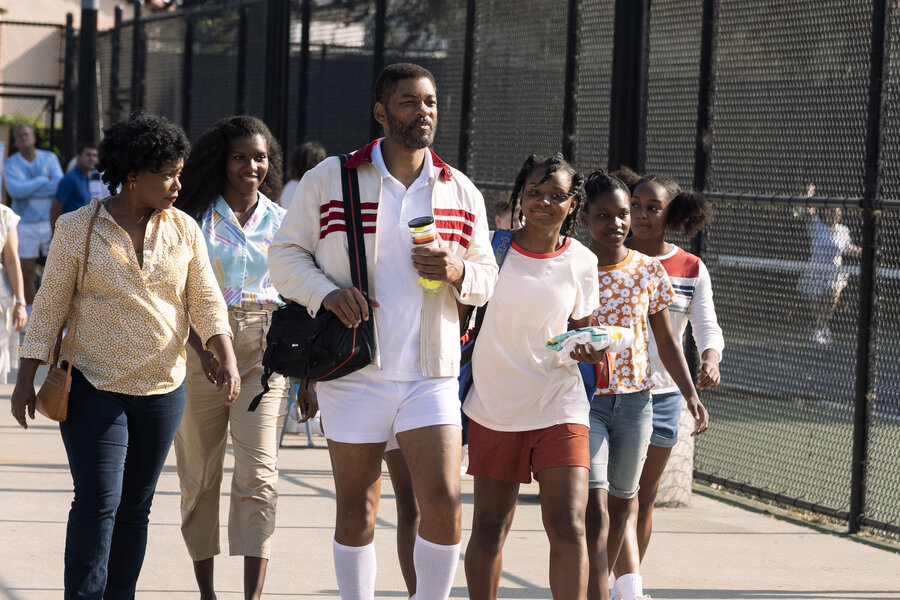 Will Smith's irresistible performance is the main reason for watching King Richard.

If you missed this moving sports biopic when it played theatrically last fall, it’s now available on VOD. And it’s worth catching for Will Smith’s irresistible performance as Richard Williams, the tireless, combative and stubborn father of future tennis greats Venus and Serena Williams. Determined to give his children more opportunities than he ever had, the working-class Richard has drawn up a 78-page plan for making them superstars. But he knows they need more advanced coaching than anything he and his wife, Oracene (Aunjanue Ellis), can provide on the beat-up local courts of Compton. So he perseveres, finding coaches in the lily-white, upper-class sport, all while trying to ensure his family stays together and the kids remain humble and lead normal lives. Director Green and writer Zach Baylin create suspense and tension in a familiar underdog story, keeping the focus on Richard and his single-minded vision of what’s best for his family, even if it causes that family strife. While the film seems a little long, Jon Bernthal’s appearance as down-to-earth coach Rick Macci gives it a much-needed jolt half-way through. And although we know what eventually happens to Venus (Saniyya Sidney) and Serena (Demi Singleton), the ending feels unpredictable and quietly inspiring.

After bombing out with the expensive Netflix apocalypse drama The Midnight Sky last Christmas, producer/director Clooney resets the table with this modest character study about a kid growing up on Long Island amongst a host of colourful characters and getting just disillusioned enough to become Pulitzer prize-winning writer J.R. Moehringer. The whole thing has the feel of a lazy afternoon reverie, as the adult J.R. (played in voiceover by Ron Livingston) narrates his youth and young manhood; we watch the lad frustrate his mother (Lily Rabe) and grandpa (Christopher Lloyd) as he tries to figure himself out while always returning to worldly-wise bartender Uncle Charlie (Ben Affleck) for sage advice. Daniel Ranieri and Tye Sheridan are the middle-school and college-aged versions of J.R, respectively, with Affleck reaching back to his working-class-hero deal in Good Will Hunting to play Uncle Charlie. Affleck also threads a fun Clooney impression into his performance, which stands out because everything else seems to be on autopilot. You’ll enjoy The Tender Bar, and two days later you’ll be struggling to remember a single thing that happens in it. I guess that’s okay.

A Mouthful Of Air

With the voices of Matthew McConaughey, Reese Witherspoon and Scarlett Johansson; directed by Garth Jennings

Released last December, this extraordinary Ultra High Definition presentation of Michael Powell and Emeric Pressburger’s post-war Technicolor fable – starring Moira Shearer as a gifted ballerina pulled into a creative triangle with Marius Goring’s kind-hearted composer and Anton Walbrook’s exacting producer – offers a chance to experience a film nearly three-quarters of a century old as if it was fresh from the optical printer. I’ve owned every iteration of Criterion’s The Red Shoes – on LaserDisc, on DVD, on Blu-ray – and this 4K disc, mastered from a 2009 UCLA Film And Television Archive restoration championed by lifelong fan Martin Scorsese, isn’t just a revelation but a resurrection.

In an included essay, David Ehrenstein writes of the film’s “ebullient but oddly sinister tone,” which is the perfect way to describe Powell and Pressburger’s accomplishment here: The Red Shoes is a fable for adults, its prismatic splendour concealing so much subtext – about desire, about control, about the nihilism of certain artists, about British society recovering its sense of self after years of war – that you can spend decades unpacking it and still see more on each new viewing. Shearer is magnificent; Walbrook and Goring are precisely counterbalanced against each other, and the dance sequences are, rightly, the stuff of legend. The restoration looked great on Blu-ray, but the additional colour gamut offered by HDR makes Jack Cardiff’s cinematography and Hein Heckroth’s production design just about vibrate off the screen. I’m genuinely jealous of people who’ll experience The Red Shoes for the first time in this presentation. It’s perfection.

Criterion’s 4K package includes both 4K and Blu-ray discs, with all the supplements produced for Criterion’s previous releases – constituting three decades of commentary and context and offering us the chance to see and hear the film’s cast and crew discuss The Red Shoes as relatively recent history. In chronological order, there’s an audio commentary from the 1994 LaserDisc with Shearer, Goring, Cardiff, Scorsese, composer Brian Easdale and film critic Ian Christie, a documentary produced for the 2000 DVD, and interview with Powell’s widow (and Scorsese’s editor) Thelma Schoonmaker shot for the 2009 Blu-ray; Scorsese contributes both a gallery of his memorabilia collection and a featurette about the restoration, with obvious joy at his involvement in rescuing a film he holds so dear. There’s also a selection of publicity material from the original release, an animated short of Heckroth’s painted storyboards and audio recordings of Jeremy Irons reading the Red Shoes novelization and Hans Christian Andersen’s original fairy tale with a certain sense of delicious menace that lovers of the film will receive as the perfect bedtime story.

movies Streaming What To Stream