What’s new to VOD and streaming this weekend: April 23-25

Including Stowaway, Chaos Walking, Shadow And Bone and The Marksman 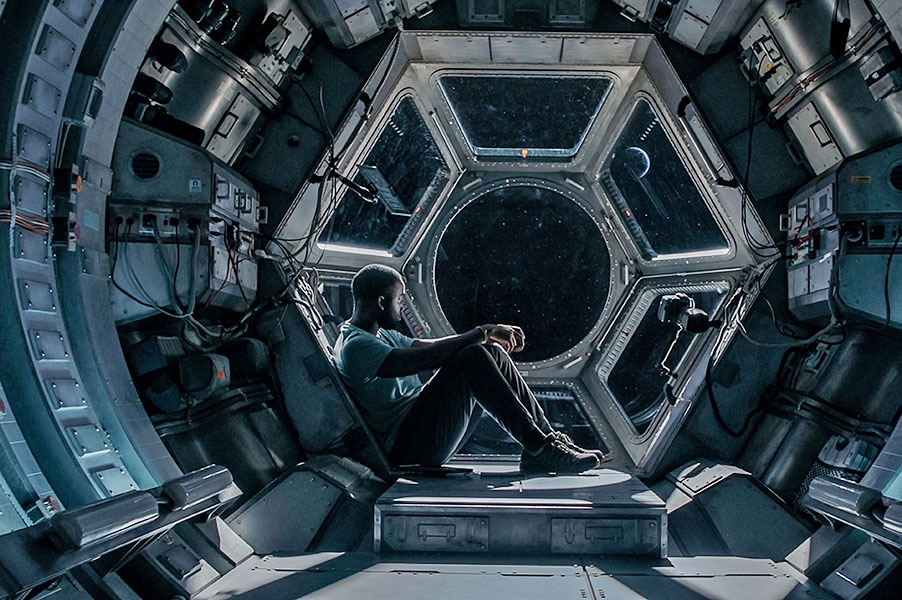 NOW critics pick what’s new to streaming and VOD for the weekend of April 23. Plus: Everything new to VOD and streaming platforms.

Just hours into a two-year mission to Mars, three astronauts (Anna Kendrick, Daniel Dae Kim, Toni Collette) are shocked to discover an extra passenger: a launch support engineer (Shamier Anderson) who was knocked out in an accident before liftoff, and can’t be returned to Earth. That’s the premise that kicks off this speculative drama from the creators of the Mads Mikkelsen survival thriller Arctic – and this one’s even more focused and intense. Refreshingly, there’s no tension between the crew and the new guy: once it’s clear he’s not a saboteur, everyone is downright hospitable. But what does his presence mean for the ship’s fuel, oxygen and food resources? Once again, director Penna and editor/co-writer Ryan Morrison structure their story as a series of small problems that escalate into existential threats, pushing their characters to increasingly desperate decisions. The ensemble is nicely balanced, with Anderson as a standout; he gets to show a range of vulnerability that’s rarely asked of him. And Penna and Morrison apply Alfonso Cuarón’s merciless conception of space travel in Gravity to a slightly different aesthetic that carefully isolates their characters from the rest of the universe. The only people we see are the ones on this ship, nicely bolstering the sense that all they have is each other – and that they might not be enough. 116 min. Available to stream Thursday (April 22) on Amazon Prime Video Canada. NNNN (Norman Wilner)

The messiness of Liman’s obviously expensive, weirdly superficial adaptation of Patrick Ness’s YA franchise makes a little more sense once you learn it’s been banging around for four full years as the director of The Bourne Identity and Edge Of Tomorrow tried to figure out how to make it work. In the end, he didn’t; Chaos Walking plays much like Liman’s atrocious 2008 take on Jumper, a bunch of footage stapled together, thrown into a box and declared a movie. In 2257, in a world where men’s thoughts are amplified for all to hear and occasionally see, a teenager (Tom Holland, aka Peter Parker) befriends a strange visitor (Daisy Ridley, aka Rey from Star Wars) and must escort her to safety while malevolent authority figures (Mads Mikkelsen, David Oyelowo) give chase. It sounds simple enough, but Liman can’t find a rhythm that works, sprinting through the plot, muddling key relationships and ultimately just throwing up his hands on several crucial elements. Holland and Ridley do their best to build a rapport in the quiet scenes, but there aren’t enough of them; meanwhile, Mikkelsen and Oyelowo seem to be on autopilot as the underwritten heavies, though that might just be a result of all the editing. We’ll probably never know. 109 min. Available as a premium VOD rental Friday (April 23). NN (NW)

Adapted- from the Grishaverse novels of Leigh Bardugo, Net-flix’s big-budget high-fantasy adventure stars Jessie Mei Li as Alina, a young military cartographer who discovers she’s the legendary Sun Summoner – able to manifest light and possibly even wield it as weapon – and thus the one destined to deliver her kingdom from the tyranny of the dark barrier they call The Fold. But all Alina wants is to be back with her lifelong friend and fellow grunt Mal (Archie Renaux). Screenwriter/showrunner Heisserer (Arrival, Bird Box) does a decent job of reconfiguring Bardugo’s densely knit world into a well-paced episodic structure, though the trend for parallel narratives means the show must split its attention between Alina’s Chosen One storyline and a convoluted side story involving a gang of young criminals lifted from another Bardugo book. The two storylines don’t sync up as well as they should – one is almost lyrical, the other frantic – but the actors are always engaging, breaking up the potential stiffness of the material with lively performances and the odd flash of charm. It’s a little frustrating that the production does its best to bury their work under a patina of greys and blacks; even with 4K and HDR, the whole thing is darker than that last battle in Game Of Thrones. But when it does let the light in, it’s awfully impressive. All eight episodes available to stream Friday (April 23) on Netflix Canada. NNN (NW)

If all you want is vaguely racist pulp with an incongruously thoughtful performance from Liam Neeson, then you might like The Marksman. It’s the sort of picture where people communicate in clear expository dialogue, where subtext simply doesn’t exist and all it takes to stop a carload of Mexican assassins is a good American with a gun. Neeson plays Jim Hanson, a widowed Arizona rancher and former Marine dragged into action after a firefight on his land leaves a young boy (Jacob Perez) orphaned and targeted. Jim tries to drives the kid to safety in Illinois; the hoods follow, resulting in a very slow – and very predictable – cat-and-mouse game. Some viewers will find that simplicity comforting. It’s what Clint Eastwood used to do, right? At least director/co-writer Lorenz thinks it is, having worked with Eastwood for almost 20 years – first as an assistant director, then as a producer – and directing his boss in his first feature, 2012’s forgotten baseball drama Trouble With The Curve. The Marksman feels very much like it was conceived for Eastwood as well, except that Eastwood’s already made it a couple of times and probably feels like he’s said all he has to say. 108 min. Some subtitles. Now available on digital and on demand. NN (NW)

For The Sake Of Vicious

Tiny Tim: King For A Day

Criterion adds two international masterworks to its catalogue this week in exquisite restorations, so if you’ve been hanging on to your old, out-of-print DVDs, you can breathe easy: Olivier Assayas’s 1996 pop-art delight and Bong Joon-Ho’s 2003 breakout police procedural have finally been afforded the respect they’ve long deserved.

Irma Vep – starring Maggie Cheung and Jean-Pierre Léaud in an inventive riff on everything from the expressionist silents of the 20s to the self-reflexive European dramas of the 70s (including Francois Truffaut’s Day For Night, in which Léaud had a key role) – returns in a splendid 2K restoration, with new DTS-HD audio, a new interview with Assayas and his June 2020 address Cinema In The Present Tense, along with his 1997 short Man Yuk: A Portrait Of Maggie Cheung, a selection of supplements produced for earlier DVD editions of Irma Vep and an episode of the 1916 serial referenced in the feature.

Bong’s Memories Of Murder gets the deluxe treatment in a two-disc set built around the 4K restoration produced in 2019, just as the filmmaker’s Parasite was making itself known around the world – and released on VOD in Canada a few months back by Elevation Pictures. It’s a beautiful new master: if it wasn’t for Song Kang-ho’s youthful appearance, you’d swear this was shot yesterday. The supplements are another mix of old and new material: Criterion produced a new commentary track with critic Tony Rayns to supplement two tracks of Bong and his collaborators from the film’s original DVD releases, as well as a new interview with the filmmaker about the events that inspired the film, and a new interview with Guillermo Del Toro about his love for the movie, which is boundless and delightful. There’s also an interview with UW-Madison’s Jeff Smith about Bong’s ingenious sound design, and Bong’s 1994 student film Incoherence, which demonstrates that yes, he’s always been this good at telling stories. Deleted scenes and a production featurette produced for the 2004 DVD are also included.