The best places to watch the 2017 Oscars in Toronto 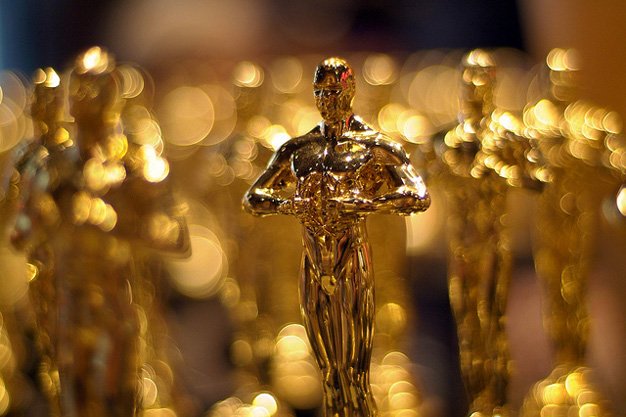 The 89th annual Academy Awards take place February 26 in Hollywood, where La La Land, is nominated for an impressive 14 awards. Even if you aren’t a fan of the jazzsplaining musical, there’s plenty of reasons to watch the three-hours-plus award saga.

For one, compared to last year’s #OscarsSoWhite presentation, this year’s honourees are reasonably diverse. Moonlight, Hidden Figures, Fences and Lion are all nominated for best picture, and Moonlight’s Mahershala Ali is considered a favourite for best supporting actor.

The live performances might also be a reason to watch this year. Justin Timberlake, John Legend, Sting and Lin-Manuel Miranda – yes, Hamilton himself – are all slated to take the stage at the Dolby Theare.

When it comes to Oscars fashion, there’s no doubt Loving actor Ruth Negga will slay. Her red carpet choices during awards season have quickly turned her into a style icon and landed her a Vogue cover. Plus, those red carpet pre-Oscars shows mean everyone gets to be a fashion critic without having to endure judgment – because admit it, most of us are watching the show in our sweatpants.

If you’re looking to get out of the house on Sunday and enjoy film industry’s biggest night in the company of others, a number of Toronto venues are hosting Oscar parties and live broadcasts of the show. Below, we’ve found the best ones happening this year.

The Oscars at Comedy Bar

If the mention of La La Land makes your eyes roll, head to the Comedy Bar (945 Bloor West) for an Oscars screening that’s guaranteed to be irreverent, a bit silly and very funny. Hosted by Paul Beer, the live broadcast will include running commentary by Toronto comics including Mark Little, Roger Bainbridge, Allison Davey and Jocelyn Geddie. Guests will also be subject to made-up movie pitches, bingo, prizes and wagering opportunities. The party gets started at 7 pm and admission is free. See listing for details.

Think you’re as smart as the women in Hidden Figures? Test your trivia knowledge at the Oscars party happening at Gladstone Hotel (1214 Queen West). Trivia is hosted by Kaleb + Scotty and runs from 6:30 to 8 pm before the party gets started at 8pm. Admission is free and this is a 19+ event. See listing for details.

Does the idea of drunk Oscars commentary provided by one of Toronto’s top drag queens, Allysin Chaynes, sound appealing to you? Then head on over to the Royal Cinema (608 College) for an R-rated, 19+ event. Funny locals Laura Desiree, Sean Parsons (aka BEARDONCE) and Sarah-Tai Black are also slated to perform. Plus, Oscars-related drinking games will also be played, like how many times will winners mention Donald Trump? The party gets started at 7 pm and admission is free. See listing for details.

Ditch your laptop for the night and watch the Oscars on a big screen. The Innis Town Hall (2 Sussex) promises to be an extravaganza, with prizes including tickets to Hot Docs and other local film festivals, gifts from Warner Bros. and memberships to Trinity Square Video. The party gets started at 7 pm and admission is free. See listing for details.

The first Academy Awards were handed out in 1929, so Cinecycle (129 Spadina) is celebrating with a Roaring ‘20s themed Oscars party this year. Enjoy a 1920s speakeasy and prizes for best 1920s costumes, plus trivia, a raffle and more. The party gets started at 6 pm and tickets are $15 to $55. See listing for details.

A Night at the Oscars with the Drake

Get gussied up and watch the Oscars at the Drake Hotel (1150 Queen West), where the annual party is hosted by film critic Richard Crouse. Reserve a table to enjoy a $37 prix-fixe meal if you want to make a whole night of it. The party gets started at 6pm and admission is free. See website for details.

The 89th Annual Academy Awards Live at the Revue

Watch a live broadcast of the Oscars at Revue Cinema (400 Roncesvalles) hosted by Kerry Riordan and Heather Sanderson. The screening will include trivia, prizes and a cash bar that includes champagne. Doors open at 7 and admission is free. Guests can reserve tickets online beforehand, but reservations are not guaranteed. See website for details.

Hot Docs Ted Rogers Cinema (506 Bloor West) will once again be rolling out their red carpet for Hollywood’s biggest night. Watch the awards on the big screen at this all-ages event. Doors open at 6 pm and admission is free. See website for details.

Get more Toronto events listings here. Join NOW’s film department, @glennsumi, @susangcole and @normwilner, who will be live-tweeting the event, too.