Until The Light Takes Us is worth taking in 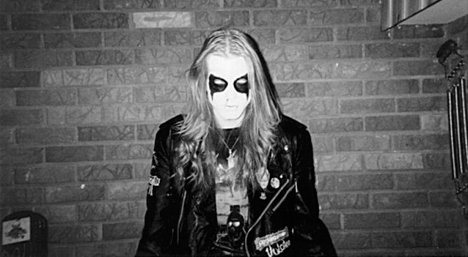 The circumstances under which I watched Until The Light Takes Us were not, shall we say, ideal. Unable to get a screening copy from Manhattan to Toronto because of last week’s snowmageddon, the distributor arranged for me to watch the film online in streaming video.

Which sucked. The video stuttered, the image was squashed, and the sound was muddy. Not great for a documentary that was pitched to me as a study of Norwegian black metal.

And yet, it didn’t matter.

Until The Light Takes Us – which kicks off a limited run tonight at the Royal – is not actually about Norwegian black metal it’s set within the world of Norwegian black-metal musicians, but their music is almost incidental. This is a story of friendship, betrayal and murder, played out against a bleak, empty landscape that seems to compel people to horrible extremes.

Filmmakers Aaron Aites and Audrey Ewell have made a movie for insiders if you don’t know anything about the scene going in, you won’t know much more coming out. The story they’re telling is two decades old, reaching back to the early 1990s to pick through the interwoven career tracks of Oslo bands Darkthrone, Satyricon and Mayhem, which featured among its members one Varg Vikernes, who called himself “Count Grishnackh” and eventually broke out on his own as the solo act Burzum.

In 1994, Vikernes was sentenced to 21 years in prison for fatally stabbing Mayhem bandmate Øystein Aarseth in the head with a knife. Vikernes was 22 years old.

Count Grishnackh was paroled in the spring of 2009, but you won’t find that detail in Until The Light Takes Us. Indeed, you won’t find much that doesn’t fit the filmmakers’ thesis, which is that Norwegian black-metal artists are complex, tortured souls who are committed to being awesome and will follow their obsessions wherever they lead. Which is fine, except for the whole church-burning, race-baiting, stabbing-your-friend-in-the-head thing.

How thoroughly have Aites and Ewell bought into the culture? They spent several years living in Norway to get closer to their subjects, and they open the film with an anecdote about Mayhem’s Per Yngve Ohlin, who went by the stage name of “Dead” and was so committed to the lifestyle that he killed himself with a shotgun. A photo of his bloody remains graces the cover of one of the band’s albums.

It’s a vivid story, sure, but it’s presented without any context beyond slack-jawed admiration. The movie showers us with tales of nihilistic defiance and rebellion – when the first McDonalds opened in Oslo, Vikernes says in a jailhouse interview, he and some friends got their rifle and shot out its windows. Badass, right? Not as much as a fleeting image of Vikernes in classic skinhead garb, surely.

Composed primarily of alternating interviews with Vikernes and Darkthorne drummer Gylve Nagell, Until The Light Takes Us amounts to little more than an oral history of a deliberately obscured musical moment. The filmmakers let the musicians take turns re-establishing their metal cred, intercutting grainy performance footage or news clips as the material requires, but they provide nothing in terms of context or commentary.

If a documentary does nothing else, it should let you understand why it exists – what compelled the filmmaker to bring the material to the screen. Until The Light Takes Us didn’t even give me that. I don’t doubt that fans of the Norwegian black-metal movement will see things here that I didn’t, particularly if they watch it at the Royal in an ideal big-screen presentation … but the movie did nothing for me.

Until The Night Takes Us screens nightly through Thursday (Feb. 25) at the Royal, 608 College Street. Check our rep listings for showtimes.