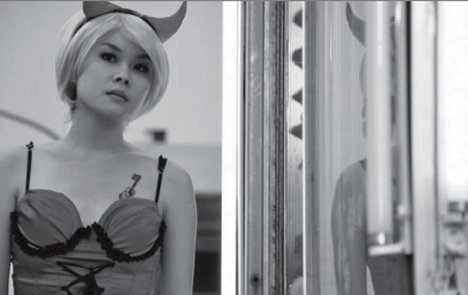 A scene from Tears

A reporter from the Post City magazines called me last week for a comment on a story about the micro-festivals that invade Toronto every year around this time. He wanted to know how Toronto had developed such a varied film scene, with a festival for just about everything.

It’s just a function of the city’s size, I said. Toronto is big enough and diverse enough to support a film festival that’s specialized for just about any audience – the trick is letting that audience know about it. And that’s where we come in, I guess.

Toronto will be swarmed with film festivals over the next few months, with everything from March’s Cinefranco to April’s Hot Docs to June’s Inside Out jockeying for your attention. And those are just the big ones there are a dozen or so smaller festivals scattered over the calendar.

It all starts now.

In addition to the Reel Artists Film Festival, which has taken over the Al Green Theatre at the Miles Nadal JCC, the Asian Institute of the University of Toronto holds its third annual film conference, Taiwan Cinema Yesterday And Today, tonight (Friday) to Sunday at Innis Town Hall.

That’s enough for any one weekend, right? But wait, there’s more!

As of Monday, Cinefranco kicks off its 2010 Youth Program, settling in at the Bloor Cinema for a series of 11:30 am screenings aimed at younger audiences. The festival proper won’t start until the end of March, but eight weekday shows are a good way to start ramping up to the big event.

Selections include the fantasy adventure The Two Worlds (Tuesday), starring Benoît Poelvoorde as a put-upon Parisian who becomes a warrior king in an alternate universe, and the Quebec documentary Les Petits Géants (Wednesday), about Montreal grade-schoolers performing in an opera as part of a community outreach program. The series wraps up March 10 with Ricardo Trogi’s 1981, an autobiographical dramedy about Trogi’s childhood as the son of Italian immigrants in Montreal.

The weekend is reserved for Cinefranco’s other preview program, Young Cinema, which will run at the AMC Yonge and Dundas. Check this space next week for more details.[rssbreak]