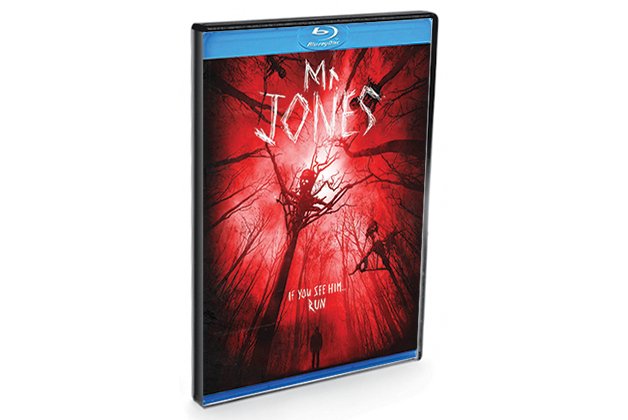 A more interesting story than the usual bargain-basement horror show, Mr. Jones finds a fresh use for the worn-out found-footage device.

Husband and wife Scott and Penny (Jon Foster, Sarah Jones), he a documentary filmmaker, she a photographer, are on a year-long retreat to a cabin in the woods. Fifty days in, they glimpse a hooded figure and discover a strange scarecrow. Penny recognizes it as the work of Mr. Jones, an art world darling whose identity and location are completely unknown. Scott immediately envisions a documentary, Penny a coffee table book.

While Penny snoops and shoots, Scott returns to New York, where he learns that the artworks may cause madness and that Jones may either be trying to bring some malignant mystical realm into our world or defending us against its eruption.

Back at the cabin, the supernatural incursions grow stronger, and Scott and Penny wind up paranoid, delusional and trapped in another reality. This involves a nifty underground cave and an eerily disorienting liberation of the camera from Scott’s point of view.

Turning the found-footage gimmick on its head produces an effective third act, but the film’s visual incoherence – supposedly reflecting Scott’s travails – mark this as a seriously cheap movie. Without extras, we’ll never know how cheap.