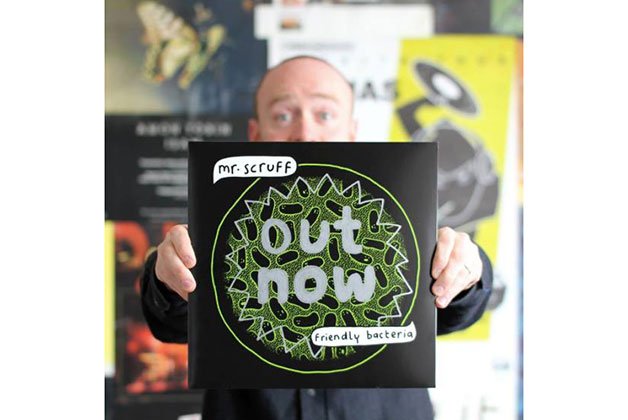 In an era when so many international DJs coming through town end up playing short one-hour sets at festivals alongside dozens of other performers, it’s refreshing to attend a party where it’s just one very skilled artist conducting the dance floor from opening to closing time. While Mr. Scruff’s albums haven’t been consistently strong, over the past 20 years the Manchester DJ/producer has built up a strong reputation for his wildly eclectic marathon sets, which is probably why Wrongbar was already busy 11 pm.

Over the course of the night the music ranged from Afrobeat to techno to Latin jazz to breakbeats to house to disco, but the transitions between eras and genres were never jarring. His mixing and cutting were consistently smooth, even when moving between tempos, and his skillful use of EQ and effects added a dubby psychedelic edge. His set was a healthy reminder that the best DJs use their skills to make connections between styles of music, rather than just pounding out one type of beat for an hour.