There are more music fests than ever before: here's how they stacked up 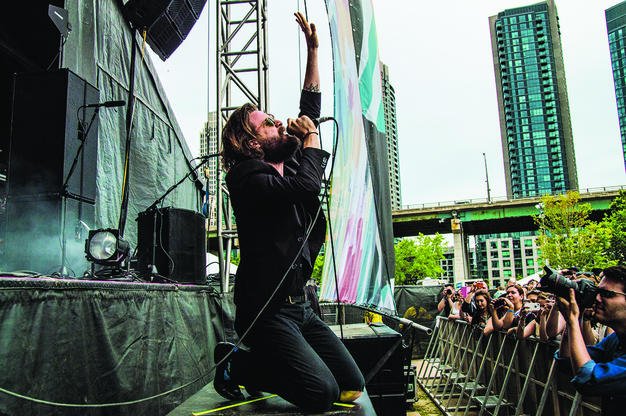 An astounding number of music festivals took over the 6ix this year in addition to annual city takeovers like NXNE, CMW and the Toronto Jazz Fest. Even the most dedicated music fan couldn’t be faulted for feeling overwhelmed by the barrage of offerings. Here’s how some of the outdoor ones stacked up.

Kid-friendly programming makes this the best festival for the family, and this year was no exception. Father John Misty writhed around onstage just a minute’s walk from where Kevin Drew was high-fiving grade-schoolers.

While the first Toronto edition of the UK fest brought in major names – Jamie xx! Florence + the Machine! Nas! – the heavily electronic hippie mecca was hardly a utopia. Horrific ferry issues at night made the daily come-down pretty rough.

Panamania’s downtown reign lasted over a month: 250 events, 340 hours of live music, 1,300-plus artists. With the now-famous neon TORONTO sign lighting the way, some of the world’s greatest performers, including Janelle Monáe and the Flaming Lips, played for free.

Metalheads descended on Echo Beach to catch some of the genre’s all-time greats, including Slayer and King Diamond, but even after the event downsized from the Molson Amphitheatre to Echo Beach, attendance was sparse. We blame all the metalcore.

WayHome’s debut was pretty spectacular, filling Oro-Medonte with music lovers thirsty for Kendrick Lamar, Neil Young (who played for three hours) and, well, water. Few places to hide made the sun brutal, but even a star seems dim beside a performer like St. Vincent.

Both Veld and Digital Dreams broke EDM-loving hearts by cancelling whole days because of bad weather. It meant fans missed out on sets by Pete Tong, Armin Van Buuren, Eva Shaw and Duke Dumont. Refunds were (eventually) offered to ease the pain.

TIME was wonderfully weird, with South African oddballs Die Antwoord and goofball Mac DeMarco providing affordable good times for local misfits. But hour-long waits in the sun for water from only two taps were a drag.

Picking up where ALL CAPS! left off, the inaugural fest had a DIY commitment to the best of what the (mostly local) fringes can offer: immersive art installations and never-ending, unpredictable sets that took the Island party deep into the night. Plus, we got to camp on the Island.

The third TURF was the biggest yet, and a brief downpour – defeated handily by Lucinda Williams – dampened things only momentarily. TURF’s programming skews toward dad rock, but lesser-knowns like Hop Along provided some discoveries.

Finding a muddy, freezing mess and an ailing Lemmy after trekking to Downsview Park is nobody’s idea of fun, but carnival rides, Weezer (doing full albums) and the return of the Prodigy made the weekend worthwhile.