93-5 The Move is playing nothing but Toronto artists today

To celebrate the city's birthday, the hip-hop and R&B station has gone 100 per cent local for one day 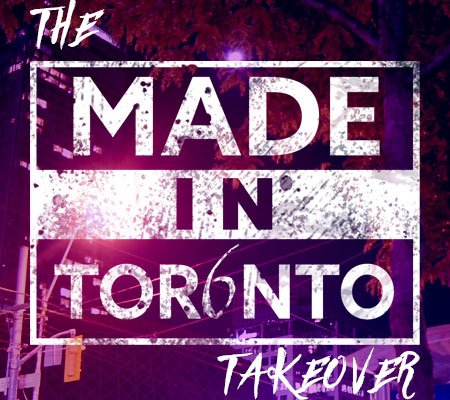 Back in November, we reported that 93-5 The Move, which had adopted a throwback format, was going back to playing contemporary hip-hop with a focus on artists from Toronto. Today, the station (formerly Flow 93.5) is putting its money where it’s mouth is and playing nothing but musicians from the GTA. The Made In Toronto Takeover started at 6 am this morning (March 6) and will continue until midnight tonight.

When we spoke to general manager Steve Parsons at the time, he gave the impression the switch in formats was commercially motivated, that they were throwing their efforts behind artists like Drake, The Weeknd, Daniel Caesar and Alessia Cara because that’s what was already popular. Today’s playlist is heavy on those artists, and other heavyweights like Tory Lanez, PARTYNEXTDOOR and Nav, but they’re also playing and supporting a ton of emerging musicians.

For a month before the Made In Toronto Takeover, the station allowed artists to submit their tracks for consideration on its website and, according to a spokesperson, “the response was overwhelming – we got over 1700 submissions.”

Giving it a cursory listen this morning we heard plenty of Drake and the Weeknd, but also Murda Beats, Asha Bromfield (best known as a member of Josie & The Pussycats on Riverdale), Ramriddlz, TOBi, Killy (whose new project just dropped today) and interviews with Kardinal Offishall and Gavin Sheppard of the Remix Project).