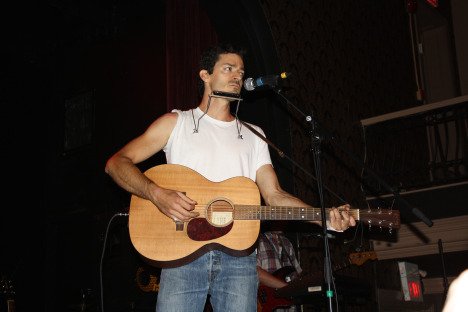 Too bad all those people waiting in the long line outside the nearby Gladstone Hotel to see Timber Timbre didn’t know about AA Bondy playing a few blocks away.

When it comes to the melancholy rural thing, this Alabama native can mope with the best of them probably better. He looks like a southern version of Lou Reed and his firmly depressing lyrics, like Reed’s, come straight from a many-times-broken heart.

At one point, Bondy mumbled between songs “I’d like to announce here tonight that I’m going deaf,” prompting the audience to laugh nervously and clap. But Bondy stood stoic and without expression. We really hope he was messing with us, otherwise he could be the Ludwig van Beethoven of sad rural rock.