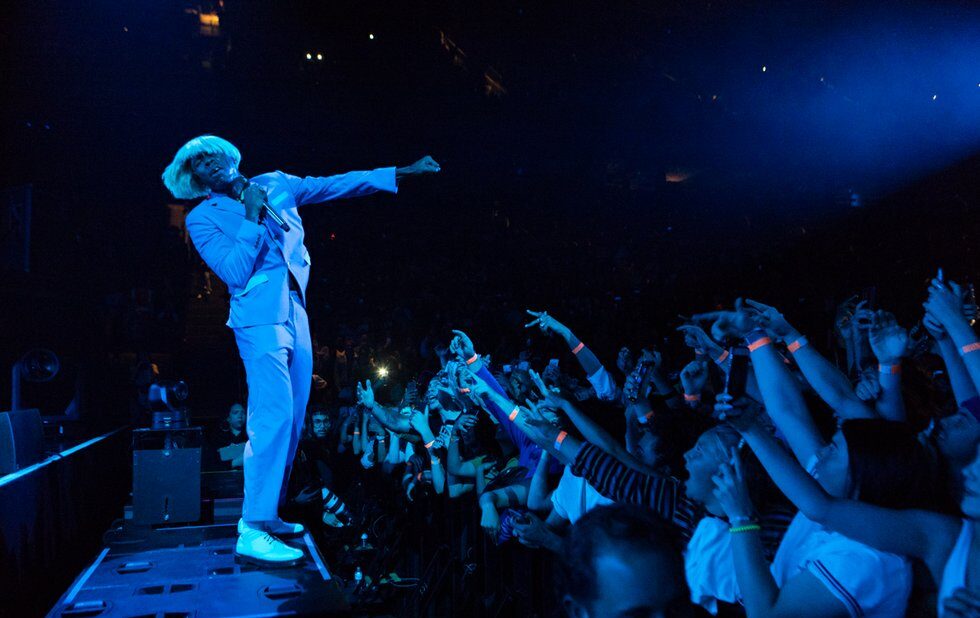 A group of Toronto fans at a 2019 Tyler, The Creator concert. ADVANCE aims to support Black people in music behind the scenes, too.

Ever since the protests for racial justice and the Blackout Tuesday initiative that followed, there’s been renewed attention at how anti-Blackness operates within the music industry.

Since then, ADVANCE has formed to “lead the change in developing an infrastructure for the betterment, upliftment and retention of Black people in the music business.” The Canadian Black music business collective was founded by executives at all three major labels – Craig Mannix (Sony), Vivian Barclay (Warner) and Kardinal Offishall (Universal) – along with entertainment and media lawyer Miro Oballa. The collective includes over 100 people working within the Canadian music industry.

Yesterday, ADVANCE teamed up with the Toronto Music Advisory Council and the Slaight Family Foundation to support Black professionals in the city’s music business. They’re making a commitment of $2 million over the course of 2020-2023, with the funds going towards “achieving tangible and sustainable change to address the under-representation of Black talent in Canada’s music industry.”

The goal is to develop a series of initiatives, including five outlined from the beginning:

“ADVANCE is committed to leading the change for real, tangible reform in the music business landscape and infrastructure in corporate, private and government sectors,” says co-founder Barclay.

“We hope this series helps to address many different intersections of identity and experience and lead to tangible solutions that can make our industry safer and more inclusive for all,” said CIMA in a statement to NOW. “CIMA is proud to work with ADVANCE to have these difficult, yet truthful and critical conversations in an effort to identify the structures and behaviours that perpetuate anti-Black racism within the music entertainment industry.”

The series, which aims to centre Black voices, takes place every Tuesday at 1 pm. David “Click” Cox and Ian Andre Espinet, who initiated the series, are the hosts. You can tune in here.