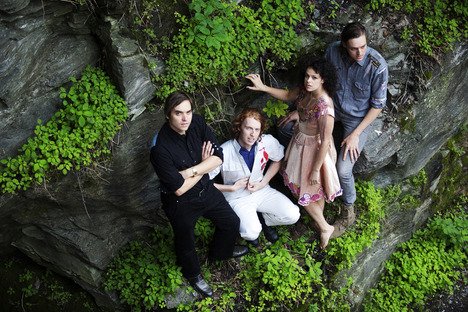 It’s common for heavily hyped albums to fall flat, but Arcade Fire’s long-anticipated third LP hits with the satisfied thud of met potential. Ironic, then, that its conceptual crux is the frustrated expectations of youth. Ambitious as always, the Montreal indie heavyweights explore everything from identity formation to the soullessness of modern culture over the 16 genre-spanning tracks (and 8 different album covers).

Some might argue that the album is bloated and overlong, but it’s the denseness that makes it feel like such a Statement Record. Reflecting the concept’s expansive scope, the band’s stylistic repertoire stretches from the jaunty classic rockisms of the title track to the unexpected synth pop of Sprawl II (Mountains Beyond Mountains). And while the stripped-down Month Of May displays a newfound directness, expect high-flying tracks like Rococo and We Used To Wait to inspire the same hands-in-the-air histrionics of Funeral’s Wake Up and Rebellion (Lies).

Top track: We Used To Wait