Review: Ariana Grande takes control of her narrative on Thank U, Next

Writing with vulnerability and introspection, Grande mines her public heartache and shows she has nothing to hide 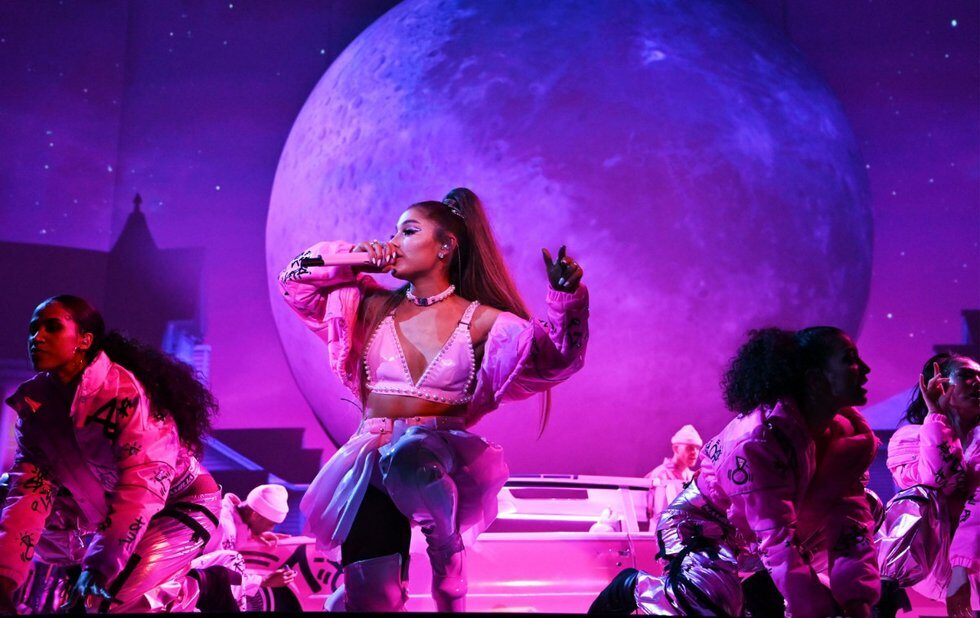 For a pop singer, releasing an album just six months after your last might make haters accuse you of turning in disposable music, but Ariana Grande’s hastiness comes from something entirely different.

Six months ago, she was engaged to Pete Davidson, which came on the heels of her breakup with Mac Miller. Last summer also marked the one-year anniversary of a terrorist attack that took place at Grande’s Manchester Arena concert the year before, killing 23 people and injuring 139.

So when her last album Sweetener came out in August 2018, it was a moment of triumph, positivity and feeling #blessed for the 25-year-old singer. She revealed through Mariah Carey-style vocal gymnastics and trap-infused girls-night-out singles that she was independent, at the top of her game and, most of all, happy.

But then tragedy struck again. Miller died of an overdose in September and, soon after that, she called off her engagement to Davidson, which dominated tabloids and gossip sites. As an explanation of sorts, she gave fans Thank U, Next, an infectious R&B pop song that was part breakup ballad, part self-empowerment anthem.

That song is now the title track on her fifth studio album, which lets Grande, who’s become one of the most famous pop stars on the planet, take control of her narrative. She co-wrote every song on the album, and, as many of them reveal, she has nothing to hide.

On opener Imagine, the singer yearns for a relationship that’s private, simple and free from drama, a vision of delivery pad thai in the middle of the night and sleeping till noon. “Imagine a world like that,” she sings at the chorus, (maybe unconsciousl)y recalling John Lennon, yearning for peace and love.

Other songs reveal more about her relationship with Davidson. On Sweetener, Grande couldn’t get enough of her budding romance, but on Needy she admits to being clingy and insecure, “saying sorry way too much.” Then on NASA, she does a 180, expressing her desire for space (get it?) to an upbeat, head-bopping anthem.

In Fake Smile, which samples Wendy Rene’s 1960s hit After Laughter (Comes Tears), Grande declares she’s had enough with the duality of being a celebrity. “If I’m hurt, I ain’t gon’ lie about it,” she raps over and over at the bridge. In other words, she has zero fucks left to give.

The centrepiece of the album is Ghostin, a breathy and minimalist synth ballad. Grande offers a trifecta of ghost images, singing of Miller’s death like he ghosted her, his ghost haunting her relationship with Davidson, then how she ultimately ghosted Davidson on their engagement. The song might be written in online dating slang, but it’s obvious her heartbreak is very real, and that despite her young age, she’s experienced the extremes of love and loss. Grande writes with grace and emotional wisdom that comes from her experiences in the public eye, without sacrificing any of her relatability or mainstream appeal.

The album ends with a trio of more upbeat tracks: the braggadocious 7 Rings, the title track and Break Up With Your Girlfriend, I’m Bored. The latter single, which relies on unimaginative lyrics set to an overused click-beat, is forgettable. And the music video depicting Grande strutting around a house party in the Hollywood Hills shows she’s young and just wants to have fun. It’s the most jarring song on the album, which is otherwise her most mature and cohesive yet.

Life comes at you fast and people change. Grande’s very public transformation has turned her into an artist who can mine vulnerability and introspection like few of her peers – a pop star with substance. Whether that was worth the cost of Grande’s public heartache is up to her fans to decide.