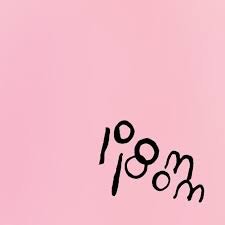 In a recent interview with Pitchfork, Ariel Pink expressed his admiration for the thoroughly vile Westboro Baptist Church – the group that pickets soldier funerals and struts around with “God hates gays” signs. He finds the knee-jerk liberal reaction to them amusing because “they’re just exercising their free speech.”

On his latest album, pom pom, the L.A.-based musician exercises that contrarian nature as well as his own free expression, making music that’s taxing on the ears to the point of unlistenable one moment and genius-level catchy the next. He stays true to his reputation for unconstrained madness: songs traverse such settings as Jewish weddings before abruptly moving to Teletubbies-like scenes (Dinosaur Carebears), a travelling children’s freak show (Plastic Raincoats In The Pig Parade) and fuzzy punk nightclubs (Goth Bomb).

Then, seemingly out of nowhere, Pink gets sentimental in the straightforward gem Picture Me Gone, an emotional tune with an 80s synth riff and melodic vocals. It’s a refreshing change of pace for a guy who seems like he’s always trolling us, itching to get under our skin.