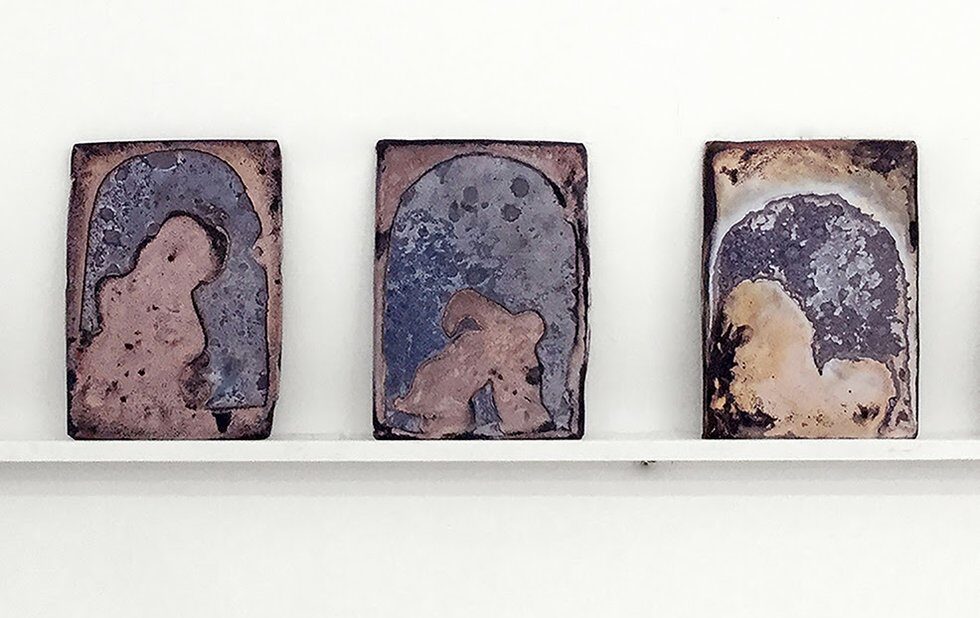 Aron DAlesios dreamy, cinematic debut sounds lovingly, idiosyncratically crafted. It clearly riffs on early rock n roll yet has a wonky, askew nature all its own.

You may remember the Hamilton musician as the lead singer of now defunct Young Rival. When he decided to create a home for his new tunes, he set up shop in a basement studio and recorded at night. The self-titled debut bears the marks of its creators tinkering and experimentation he was learning to engineer as he went. It sounds as though DAlesio stumbled on some techniques he liked warbly vocals and layered reverby guitar atop sparse, dry percussion and used them liberally to create a remarkably consistent album.

Its nostalgically familiar. At some moments, especially two-and-a-half-minute gem Answer To A Question, it feels like turning a corner and hearing Roy Orbisons Only The Lonely or Santo and Johnnys Sleep Walk wafting out a window. DAlesios music shares a lonely universality and quiet, dark contemplativeness with those classics, but he messes with rhythm and tuning and weaves in found sounds and short instrumental surf stings. Still, you can tell hes been listening to the last 60 years of rock n roll.

Wrong End Of A Knife has an R&B feel, while Long Way Gone, with its confident and fluid, chiming (almost Go-Betweensy) guitar sounds like a quieter Strokes. The Old River takes an eccentric turn toward the British (akin to quieter Kinks songs). But DAlesio saves his best dance for last: the guitars on Diamond Ring are washed-out and streaky like the rain alluded to in the song, and his vocals culminate in a captivating counter-melody.

The albums strength and weakness is its adherence to one sonic mood, causing the songs to blend together. But if the recent success of super-consistent albums like Leif Vollebekks Twin Solitude is any indication, that strong aesthetic may add to its playability.