On Art of the Uncarved Block's new cassette, bands like Triples, Humanities and Low Sun bring pre-internet aesthetics into the urgent, noisy present 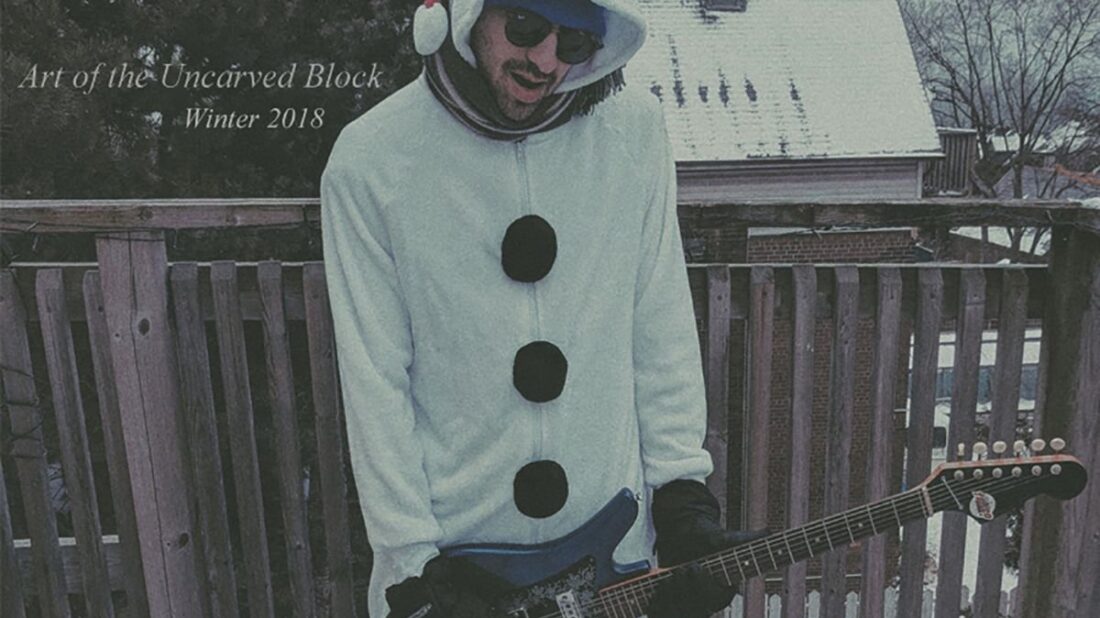 Art of the Uncarved Block’s latest compilation release arrives as the homegrown label enters its fourth year of operations, and at a time when Toronto seems to be recovering some of its fondness for unruly DIY guitar music (Anagram reunion show, anyone?).

The ubiquity of GarageBand over the last 15 years has almost run the concept of “bedroom recording” into the ground, creating a glut of under-produced music and bands that take pride in being averse to frills. These recordings are the aural equivalent of wearing a wrinkled and ill-fitting shirt plucked from a pile of unsorted laundry.

The artists on Art of the Uncarved Block’s compilation channel a tradition of DIY recording practiced by people like Calvin Johnson and Phil Elverum, where modest means are deployed to create epics to scale, and limitations on quality and technical precision are cleverly refashioned into building blocks of new and unique sound worlds.

You can hear this approach right from the first track, Forgive Me by Fool, which opens with the sounds of someone fumbling with a recording device before sing-whispering moody boy lyrics à la Slint’s Spiderland. Elsewhere on the comp, Stresser pair closed-mic guitars and screaming with a spacious-sounding rhythm section to create a wide dynamic range. Triples’ textured syncopation is thrown into dramatic relief via dry guitar and vocals brought to the fore. Humanities, Low Sun, 1971 and Chris each do convincing approximations of Steve Albini’s high-fidelity methods, with drums that are loud and well defined but still have plenty of headroom. Tang’s sparse ballad wafts out of a cloud of reverb piled on top of reverb. Dust From 1000 Years take a kitchen sink approach, adding layers of guitar and percussion to a folk dirge that grows into a cinematic sprawl.

There’s a conscious evocation of pre-internet DIY traditions in the aesthetic of most of these artists, as well as in their approach to presentation. Label founders Rob and Peter Johnson have said they wish to evoke both the artisanal value of the physical format and the thrill of discovery that comes from finding new music in a holistic, organic way. There’s not a moment on the compilation that comes off like backward-looking nostalgia. If anything, it feels like a generation of musicians has found a way to use tried-and-true methods to capture a ferocious energy that feels bracing and urgent.

There’s no sense of revivalism to what Art of the Uncarved Block is doing, nor with much of the textured guitar music that is starting to re-emerge on stages all over town. Instead, it feels like something useful and meaningful has been recovered – ways of sharing resources and building community – and new horizons are being imagined. You won’t find any nostalgia on this cassette. It’s been thoroughly dubbed over to make room for a noisy, nascent present.