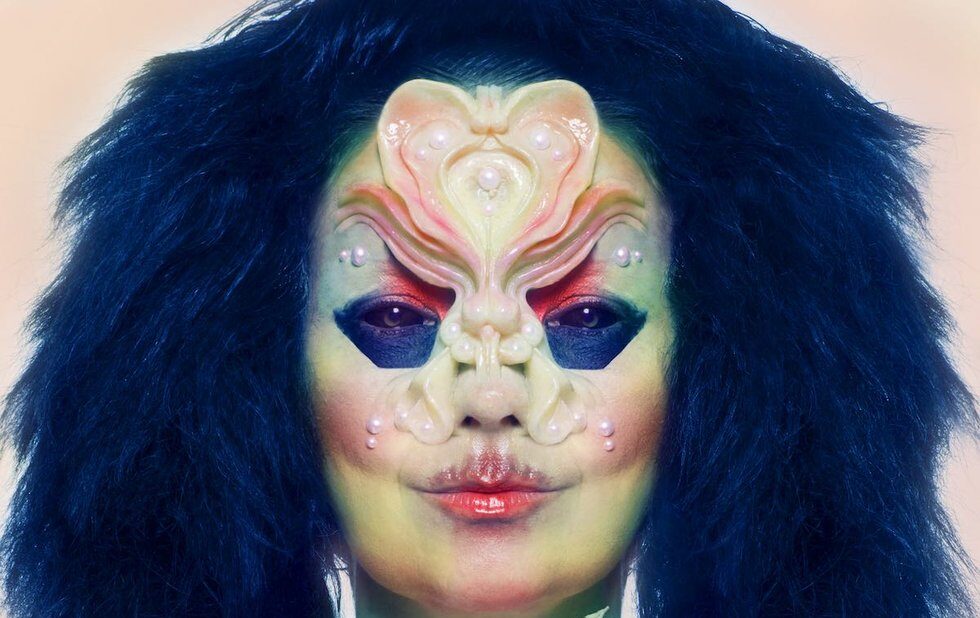 Some singers shine in bad times, translating personal pain and devastation into transcendent performance. Bjork never seemed like one of those artists until she went full Mary J. on 2015s Vulnicura, a visceral breakup album full of darkness, anger and drama that got uncharacteristically specific.

The follow-up finds the Icelandic musician in a lighter mood, which she translates into a sonic palette heavy on frolicking flutes and alien birdsong. Despite the album title, Bjork is not free of pain but acknowledging it in order to move forward optimistically. Proud self-sufficiency, she sings. My silhouette is an oval / It is a gate.

She has always channelled bliss and joy into compelling music, but Utopias take on love is more than pure feeling its the basis for a personal and political manifesto.

The albums first act looks inward to deliver her most effusive pop moments in years singles Blissing Me and The Gate before putting it all into context on the epic Body Memory. Over choirs and crashing beats, Bjork recounts the breakup with measured distance. Typical of her rejection of easily hummable pop convention over the past 15 years, the song is less about melody and more about emphasis and elocution as she describes moving from stasis to catharsis. It’s the pinnacle of Utopia’s density, but the ever-changing production of racing beats, wispy woodwinds and choral voices add shape and momentum to her methodical and repetitive vocal lines.

Sue Me is the Vulnicura-est song, referencing her child custody dispute over twisted vocal samples and agitated beats (coproduced with Arca, who shares writing and/or production credits on several songs). On follow-up Tabula Rasa, she bluntly connects her own turmoil to wider feminist concerns in music and politics, vowing to be mindful of younger generations while calling on women to act. Break the chain of the fuck-ups of the fathers, she sings. It is time: For us women to rise and not just take it lying down.

She tackles a similar theme from a place of abstraction and feeling on Saint, a beautiful summation of Utopias themes that layers graceful vocal lines and sighing flutes. Not every song sees atmosphere, theme and emotional power meld seamlessly a collab with composer Sarah Hopkins called Features Creatures feels like a b-side but when those elements coalesce the result is all-encompassing.