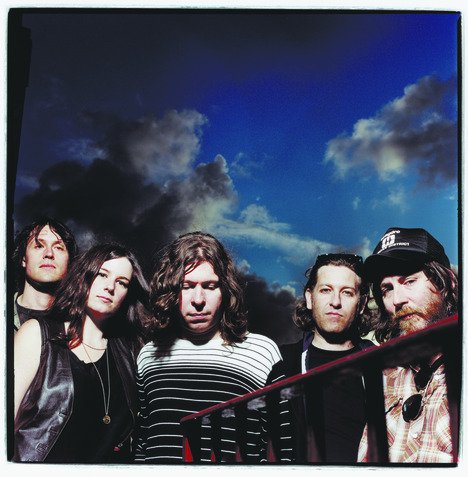 That Black Mountain can seamlessly marry such opposite genres and recording sessions is proof of their mastery and inimitability. The producers have also curbed self-indulgent tendencies – these tunes are concise, efficient and burst with energy. Amber Webber’s wobbly falsetto sidles sweetly against Steve McBean’s raw croon, the lyrics are obliquely eerie, the riffs satisfyingly thunderous. And, oh, those synth lines! Some might lament the increased accessibility and decreased experimentation, but it doesn’t take long to realize that these tracks do as much in four minutes as the 18-minute epics in Black Mountain’s past.