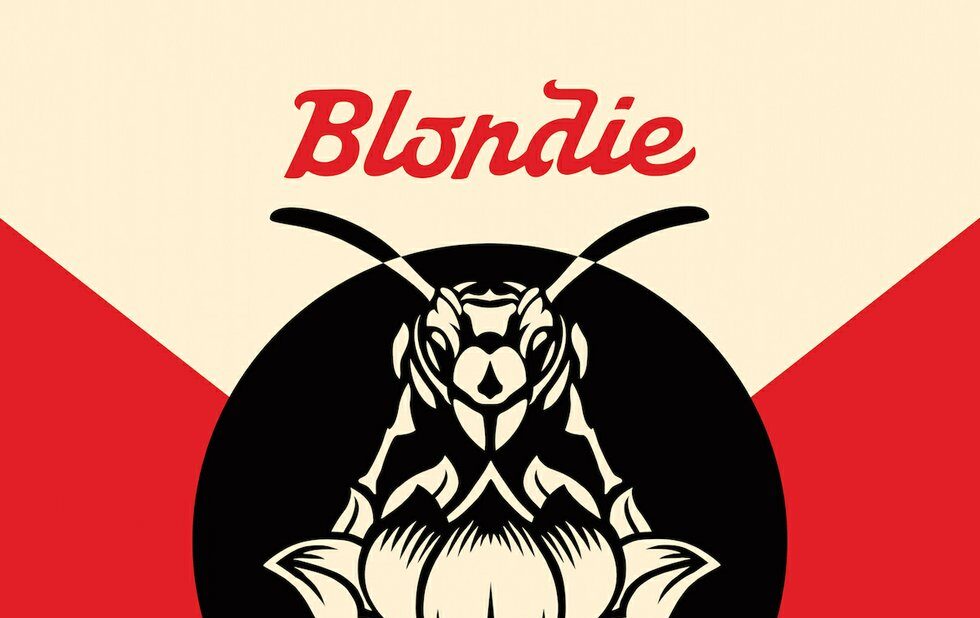 Since reuniting in 1999, Blondie have had some trouble figuring out where they fit into the current musical landscape. Are they the nostalgic elders of the New York punk, new wave and disco scenes? Are they trailblazers shaping new sounds with their own inimitable sense of style or conforming to current trends? Or as they did on their baffling last greatest-hits/new album hybrid, are they just re-recording old songs?

On Pollinator, Blondie tap into a trick used by other icons like Marianne Faithfull, the Monkees and Yoko Ono: they’ve handed over the songwriting reins to artists of today. The album features songs written by Charli XCX, Sia, Dave Sitek (of TV on the Radio), Dev Hynes, Johnny Marr and more, plus guest performances by Joan Jett and Nick Valensi of the Strokes and artwork by Shepard Fairey.

It’s a savvy strategy, and one that’s been used often enough of late to become a genre in itself. It lets Blondie demonstrate how their fingerprints are all over the current music landscape, while their collaborators get a chance to work with literal living legends and write their way into music history. Win-win.

Despite the bloated guest list, the album sounds both remarkably consistent and remarkably like Blondie. It’s not like one of the best bands of all time is just going to start recording Sia’s Rihanna rejects.

Hynes co-wrote Long Time with Debbie Harry, and it’s a deliberate echo of Heart Of Glass – soaring, hooky and replayable. The song with Jett, Doom Or Destiny, is full-on power pop, while the Sitek-featuring Fun is a funky disco throwback that sounds both fresh and retro. Marr penned My Monster, the moodiest track on the album, a collision of punk, post-punk and synth pop.

It helps that Harry, at 71, is still charismatic and confident as ever. Producer John Congleton, who’s recently worked with St. Vincent and Angel Olsen (both of whom surely have a Blondie album or two on their shelves), gives everything a bright, synthy sheen and keeps the album coherent even in the more head-scratching moments. (A song featuring the guys who made the Bed Intruder song? Sure. Another one with John Roberts, who voices Linda on Bob’s Burgers? All right.)

It’s far from a perfect record, but it’s their best in years.