Born Ruffians’ Uncle, Duke & The Chief is calm and confident

For their fifth album, the long-running Toronto indie rock band got some chill 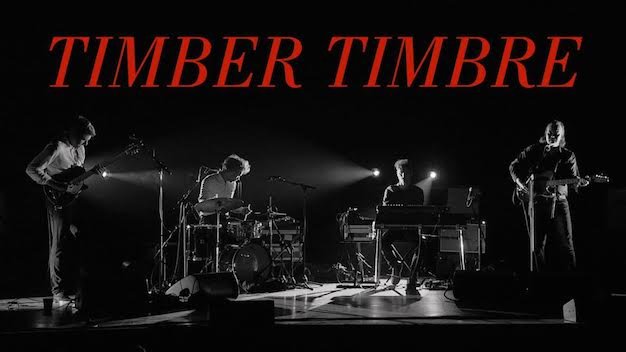 For their fifth record, Born Ruffians got some chill.

Over the last decade, the Toronto band became known for their frenzied brand of indie rock, which included once on-trend vocal yelping and hyper, careening art rock songs bursting with precocious ideas à la Dirty Projectors and Animal Collective. But with Uncle, Duke & The Chief, they confidently step into calmer, more spacious sonic terrain and lean on classic pop songwriting. The nine songs still take plenty of left-field Ruffian tangents, but they come in brief, controlled bursts that add personality and colour.

Delivering a set of solid, smart tunes is all the more important when you’re a long-running act working in a genre built by a dominant culture (white, male, hetero). Indie rock is not exactly speaking to the larger conversations we’re having these days about patriarchy, #MeToo and white supremacy. But lyricist/singer Luke Lalonde does have his mind on universal themes, like aging and mortality, that will resonate with many. He seemed to be in a bleak place on their last couple of outings, even close to burnout during our interview with him for 2015’s RUFF, an album with song titles like Fuck Feelings and When Things Get Pointless I Roll Away.

And so their fifth also stands out for its relative optimism. Opener Forget Me explores thoughts of death (Lalonde’s dad was diagnosed with cancer during the making of this record) with the soothing line “Someday a white light will come for you, to comfort you.” The recently downsized three-piece imbue standout Side Tracked with a Spoon-like soulful minimalism, effortlessly move through an ever-changing sonic landscape on energetic Ring That Bell, get charmingly petulant on Tricky, and channel Dylan without being cheesy on piano-led Working Together, which closes with an unravelling gang-vocal outro that’s nothing short of celebratory.

Throughout, Lalonde’s voice is smoother, more inviting and more mellifluous than ever before. The songs are memorable, graceful and compact – and backed by a fairly weird-ass rhythm section. Lalonde plays mostly acoustic rather than electric guitar, and without layers of loud guitar to fight through, each part finds a comfortable place to sit in the mix. Meanwhile, the return of original drummer Steve Hamelin seems to have brought back a natural ease to the playing, which was captured live off the floor by Richard Swift, known for his work with Foxygen and the Shins.

The optimism and openness are all the more satisfying because they feel hard won, a decision to make the best of things while we’re still here together.