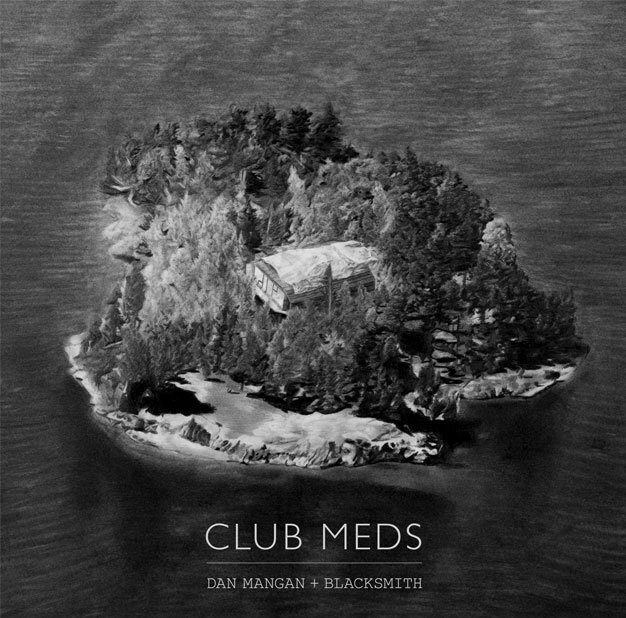 Usually when a solo singer/songwriter adds a band to his or her project, things grow louder and more energetic. The opposite is true with Dan Mangan and his ensemble, Blacksmith, a group of experimental Vancouver musicians – Kenton Loewen, John Walsh, Gordon Grdina, Jesse Zubot, Tyson Naylor and JP Carter – who’ve given Mangan a fresh sonic palette from which to build.

Instead of his driving, impassioned folk rock of yore, Mangan offers up something much more ambiguous and ambient. His “mature” album, you might say. Every song takes risks, especially in the arrangement department: some are stripped down, many have dissonant, droney tendrils, some bust through the textural fog with crescendoing blasts of horn, synths and strings. Mangan’s emotive voice is as assured as ever, and his socially conscious lyrics penetrate.

Add in a stark, disillusioned tone and sluggish tempos and it makes for an overly serious listen. But Club Meds does reflect a mid-career musician taking that vital, brave step of feeling out where to go next to stay inspired, which is in itself inspiring.