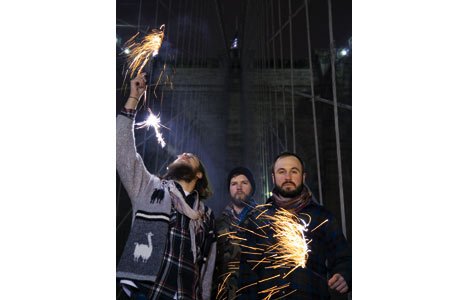 After five years without a solo release, the media’s favourite entertainment scapegoat is back with more gut-churning insight. Following fellow D12 member Proof’s death, Eminem admitted to falling into an even deeper anti-depressant-fuelled spiral, and Relapse’s lyrical content shows it. By Insane, the album’s third track, he has taken you to hell and back.

If you’re able to tolerate the graphic descriptions of rape, incest, drug abuse, dismemberment and felching (Google it), the reward is an incredible amount of introspection, and top-shelf production by Dr. Dre throughout adds to the replayability factor.

The haunting piano loop on 3 A.M. sets the stage for everything from the dynamic clash of Southern guitar and organ stabs on the fantastic Déjà Vu to the Middle East-informed Bagpipes From Baghdad. Relapse’s only problem is Em’s occasional tendency to cross the line between brutal self-awareness and cheesy shock rap.