Spirit Guides (Out of This Spark) 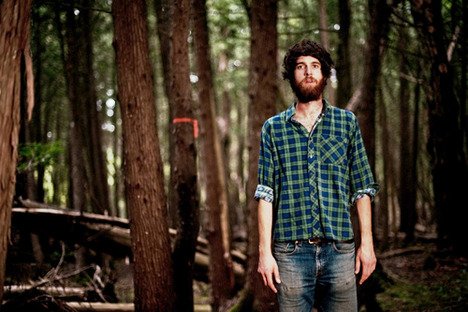 A loved one passes away, and it’s hard not to write about it. It’s also hard not to let those songs become bogged down in grief and melancholy, making it a drag for listeners. On his debut full-length, Orono native Jonas Bonnetta (aka Evening Hymns) channels the sadness that came with his father’s illness and death into nine emotional songs and soundscapes that avoid these pitfalls.

His lyrics, for one, are vivid and original, particularly in Dead Deer, when he compares someone to a factory blowing smoke and to a dead tree whose leaves are falling on him. The orchestration, too, is fearless. Often he starts with sparse acoustic guitar and snare drum, expanding suddenly to include distorted guitars, accordions, violins and full-throttle choirs. Always his voice is warm and worn.

Broken Rifle is a welcome slice of lo-fi, life-affirming pop, while November 1 2008, Lakefield, Ontario, offers five and a half minutes of thunderstorm sounds.